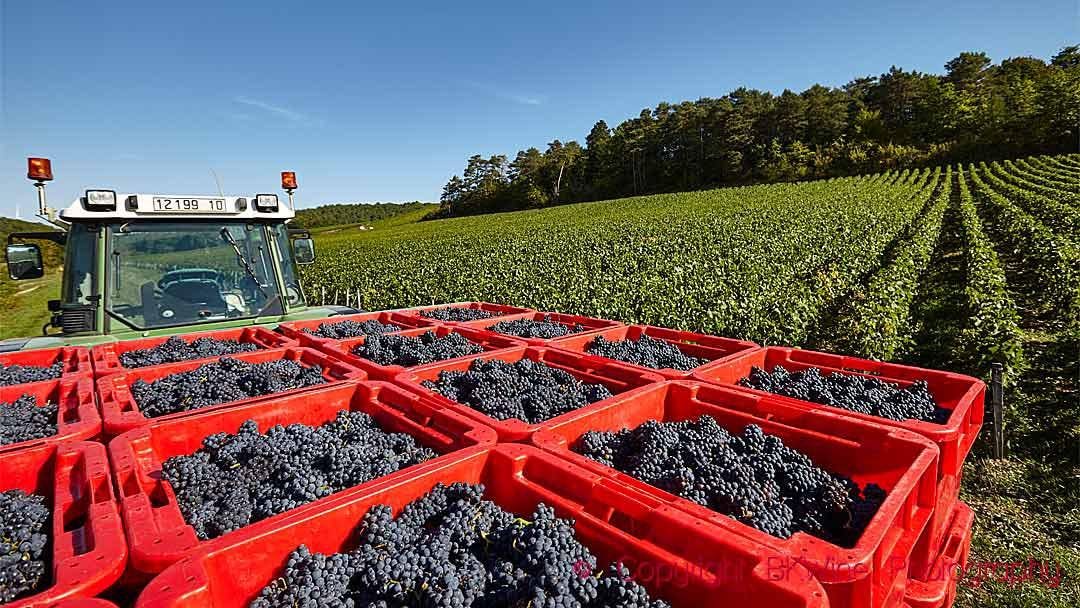 2021 has been a terrible year for wine production in several of the major wine countries. Global wine production hit a near-record low of around 250 million hectolitres. The three big countries, Italy, France and Spain, recorded substantial declines. France moved from second to third place in the standings.

Figures recently announced by the International Organization of Vine and Wine (OIV) reveal a grim picture for global wine production in 2021. The figures are, of course, preliminary at this early stage, but are unlikely to they change a lot. The OIV estimates that total world wine production will reach around 250 million hectoliters (in a range of 247 to 253 Mhl). This figure is very close to the 2017 harvest of 247 Mhl, i.e. the smallest volume achieved for more than twenty years.

Will we have a shortage of wine and sharp price increases?

However, these dramatic numbers do not necessarily mean that we are heading towards a shortage of wine or that wine will become more expensive. There are many more factors to consider. First, we have, of course, the consumption of wine. During the pandemic years, some preliminary figures indicate that consumption also declined. Wine consumption is much more difficult to estimate than production, so it will take some time to get reliable figures, but in 2020 (last year) wine consumption is reported to have decreased by 3%.

Going back one more year, in 2018 we had, in contrast to this year’s small volume, an exceptionally large harvest of 294 Mhl, the second largest volume in 20 years. It is therefore also necessary to take into account, for example, the volumes of stocks.

The main reason for the very low production – in fact, the only reason – is the very low harvest in some European countries, and in particular in the three major wine-producing countries, the three largest in the world, Italy, France and Spain:

In 2020, they made 136.5 Mhl together. In 2021 they only produced 113.7 Mhl, a drop of 22.8 Mhl or -17% collectively. These three countries produced 78% of all wine in the EU. They also represent nearly half of the world’s wine production. It is therefore not surprising that their declines have a significant effect on the global figures.

Italy is therefore still the leading wine producer in the world. But France lost second place and fell to third due to its exceptionally poor harvest. Spain became the second largest wine producer in 2021.

France’s almost catastrophic figures were caused by very unfavorable climatic conditions during most of the growing season: frost, hail, thunderstorms and humidity in summer (causing diseases). French wine production is at its lowest since 1957.

The declines in Italy and Spain have similar, but less serious causes.

The good news, however, is that in most cases the quality is good despite the weather issues.

And the rest of the world?

The rest of the world shows much more positive figures. They generally had fairly positive wine production numbers.

Total Southern Hemisphere producers grew by 19%. However, their total only reaches 59 Mhl, comparable to Italy alone in a good year.

(Note: China did not release numbers, but the OIV expects it to continue last year’s trend with declining numbers when it was estimated to be the world’s tenth largest producer. )

Labeltronix helps wine brands differentiate themselves and deliver premium, handcrafted labels on time and on budget

The Italian wine region that reveals its potential