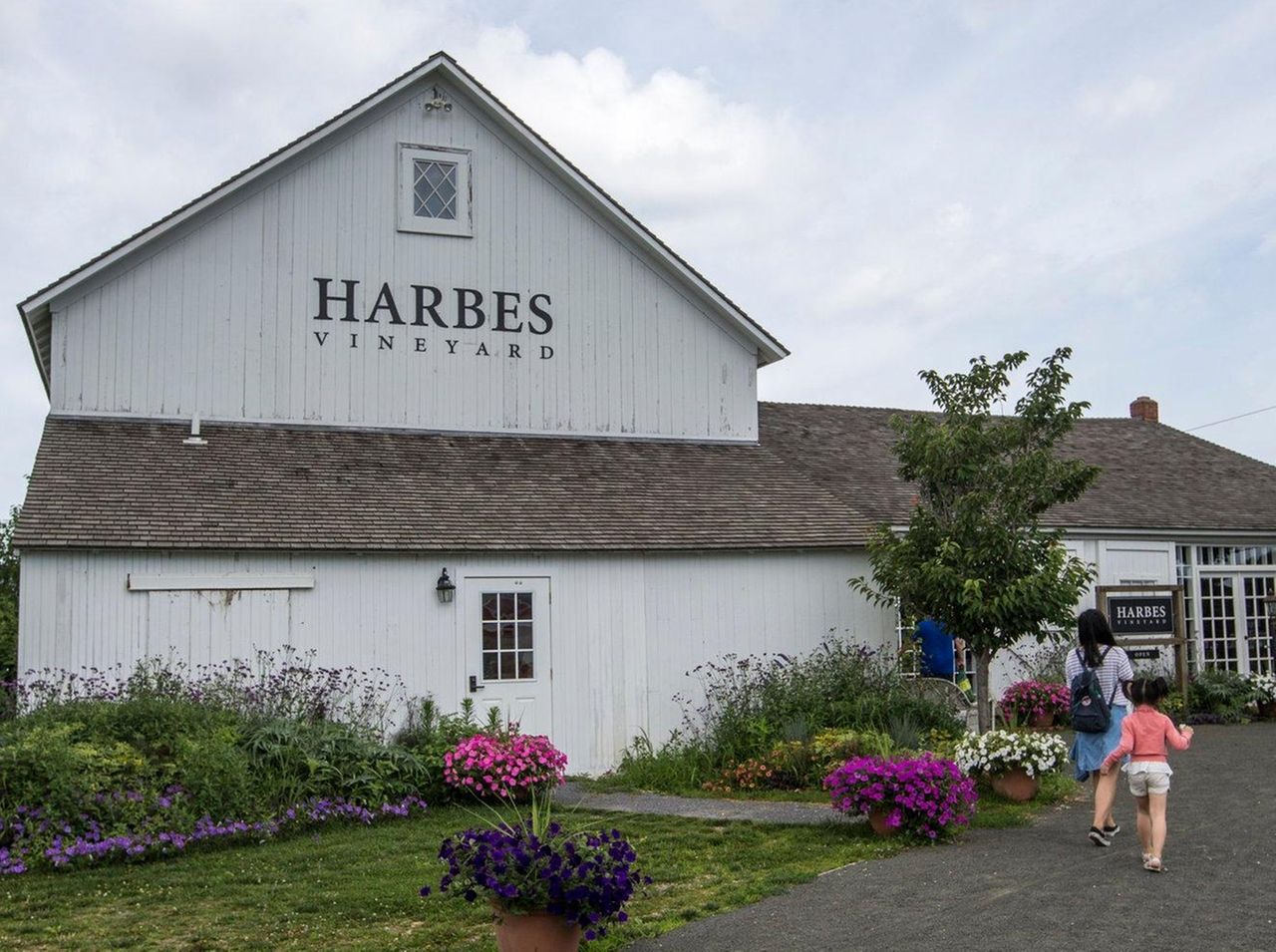 A State Liquor Authority investigation of Harbes Family Vineyard found that “no wine is produced on site” as required by the farm’s license, a charge the company is seeking to settle through a bid proposed $10,000.

The charge and investigation followed a neighbor’s complaint about the busy Harbes family farm on Sound Avenue in Mattituck, which packs the narrow two-lane road on the North Fork from spring to fall with visitors and which angered some who complained about traffic. backups and other issues.

“It’s awful,” said neighbor Karen Wallace, who lives on a private road adjacent to the farm, where musical hay rides passed her home. “It’s an invasion of people… and it’s unsettling because there’s no limit. It always feels like everything is fine. Next year, who knows what might happen next? “

In response to a separate request to the Department of Agriculture and State Markets to review parts of the Harbes operation, a state official released a finding that although many Mattituck Farm would meet the standard of an agricultural business, certain other attractions would “not be considered agricultural in nature.” These included Farmer’s Foosball, Duck Race Games, Spider Web Climber, Lil Farmers Playland, gem mining and Giant Sand Boxes, according to the state letter. Still unclear, the state said, if the Gnome Hedge Maze and the Musical Chicken Show would be tied to the sale of agricultural products.

The state noted, however, that the findings are not notices of violation and that “some municipalities may allow entertainment or activities, as well as the sale of a higher percentage of non-agricultural products.”

Calls and an email to Harbes were not returned. But Keven Danow, an attorney for Harbes, said the winery has taken steps to fully comply with the findings of the State Liquor Authority, which could issue a final ruling on the matter this week.

Harbes “is not fighting” the state’s claim in the investigation, but is working to resolve it, Danow said. “There was a misunderstanding as to what they had to do to comply” with the terms of their license, Danow said. “They changed their operation and they make this wine on site.”

Regarding neighbor complaints about noise and traffic, Danow said he understands some neighbors are “complaining about a number of local farms.”

“They’re moving into an agricultural area and they don’t like farms around them,” he said. “Well, this is America.” But Harbes is “a wonderful place. It’s definitely an active, working farm. It’s an educational area.”

That’s not how Wallace sees it. “It’s literally a dead end,” she said of the conditions created by Operation Harbes in Mattituck, forcing residents to “stay home for the duration of their weekend.”

In an affidavit with the winery’s complaint, Edward Harbes III testified that while grapes grown on the farm in the past had been harvested, crushed and fermented “on the winery’s premises”, the process was changed at some point. indeterminate into a “more economical”. arrangement with “another cellar.”

He said the company “did not intentionally violate” the state liquor law and offered the conditional plea and to pay $10,000 to settle the case.

But in a letter to the State Liquor Authority, Michael J Giusto, an attorney for Wallace, claimed that during its 15 years of license, Harbes’ winery “failed to meet…the production requirement of 50 gallons on site” and “expanded in a way that became a threat to public safety.”

He noted the State Department of Agriculture and Markets’ conclusion that the Harbes Barnyard Adventure and other activities are “non-agricultural in nature” and “not permitted” in the Agricultural Conservation District of the town of Southold.

Southold Town supervisor Scott Russell said he could not comment directly on the “general issues” surrounding Harbes, noting that he had met with the company in the past to try to resolve the issues, but Harbes “had retained the services of a lawyer”.

Giusto noted that Harbes’ original application for a state license envisioned a wine production building, the building “was never completed” and now houses Harbes’ kitchen. He also noted that in his recent application, Harbes identified his mode of operation as a “restaurant and bar/tavern” and not as a winery.