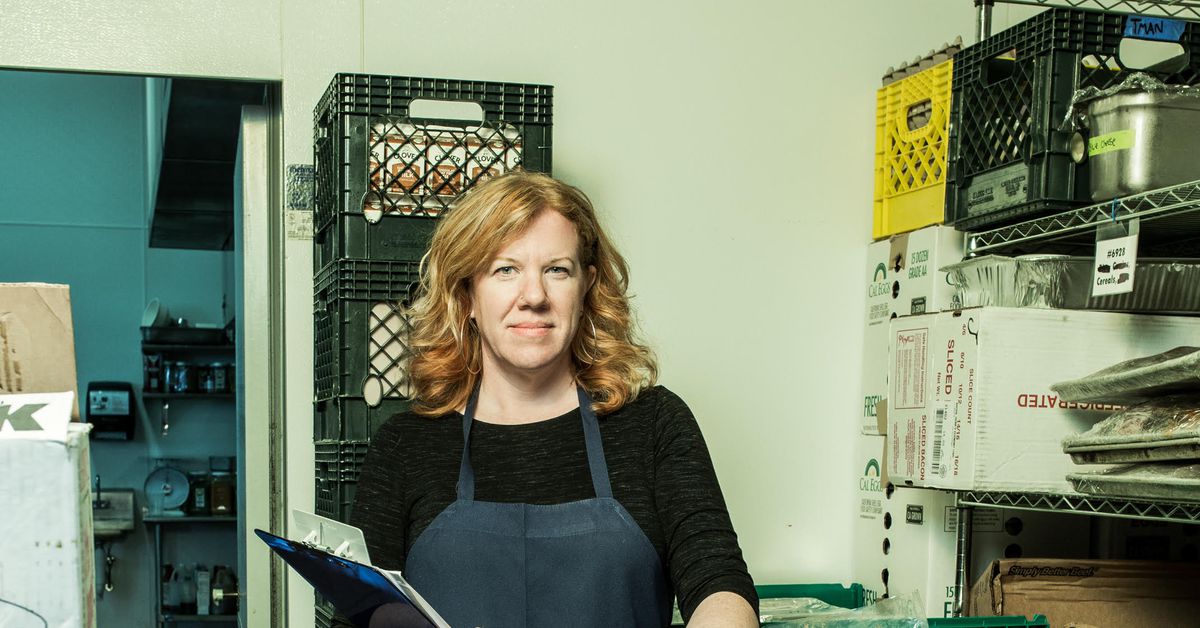 When Pauline Conway fled her 22-year-old home on October 9, 2017, she had no idea she would have nothing to come back to. Like hundreds of people in the Fountaingrove neighborhood of Santa Rosa, she woke up at 1:30 a.m. to an amplified voice crying, “Get out now!”

“I didn’t take anything with me, I was in my nightgown,” she said. 80-mile-per-hour winds and dry tinder had turned a spark just north of Calistoga into a wildfire that raged through Sonoma County’s largest wine country town, incinerating more than 1,500 homes in the Conway neighborhood. The Tubbs Fire, which decimated more residential communities after it jumped eight lanes of the 101 Freeway, ultimately burned down more than 5,000 structures, making it California’s most destructive blaze to date. here.

Weeks later, Conway only recognized a few pieces of pottery on the burn scar of the house where she had raised four sons. While living temporarily at the Flamingo Hotel, the retired middle school teacher discovered a source of solace: restaurant-quality meals provided daily to evacuees. The meals were a community effort led by food writer Heather Irwin, who had been blown away by the Press Democrat. Irwin’s mother and grandmother had been evacuated and, like Conway, suddenly found themselves unable to cook.

“Born out of fire relief, Sonoma Family Meal is now not only disaster prepared, but also provides essential food and training resources to Sonoma County.”

At the same time, local chefs had to do something with the contents of their walk-ins, otherwise doomed to spoil due to power outages, and farmers were harvesting the produce to protect it from the harmful smoky air, still thick a week later. So Irwin borrowed the kitchen from Santa Rosa restaurateur John Franchetti and asked chefs and farmers to bring both raw ingredients and ready-made dishes to offer. “These chefs could take an acorn squash and do 20 things with it,” Irwin says.

She used social media to spread the word, and donations poured in from everywhere: bread from Cousteaux French Bakery, butter and cheese from Clover. A cannabis company loaned a refrigerated truck for pickups. Santa Rosa restaurateurs Mark and Terri Stark, who lost their beloved Willi’s Wine Bar to the flames, kept two chefs employed to cook for the effort. Irwin tagged the Sonoma Family Meal effort, a tribute to the meal restaurant workers share before a shift.

Five years later, what started as this random disaster response has grown into a well-resourced nonprofit fighting food insecurity in Sonoma County, thanks in large part to the generous support of local restaurants. . “Born out of firefighting, Sonoma Family Meal is now not only disaster-prepared, but also provides essential food and training resources to Sonoma County,” chef Kyle Connaughton of the three-star Michelin restaurant SingleThread tells Healdsburg, an early and consistent supporter. who first showed up with plates of lasagna.

After weeks of using borrowed kitchens, long before the November rains, and serving what would equate to 20,000 meals, Irwin was granted county nonprofit emergency status and set up a program to continue to feed 70 displaced families for the next two years – including Conway’s. “It’s become like a community,” Irwin says. “I was seeing the same people every week, smiling and cuddling.” Counseling services were available, as were bouquets of flowers. Most nights the organization served meals until they ran out of food, helped by a growing number of volunteers. “I wanted people to have nourishing foods that would make them feel taken care of,” Irwin says. “Fires do not discriminate.

By the time COVID hit in the spring of 2020, Sonoma Family Meal had weathered another emergency, serving 8,000 meals to those displaced by the 2019 Kincade Fire with the help of hundreds of volunteers and dozens of chefs. Now those same chiefs were the ones in crisis, their businesses momentarily crushed by the pandemic. While still in her full-time job as a reporter in addition to working in an unpaid position as executive director of Sonoma Family Meal, Irwin received a $1.3 million grant from the county. The organization used the money to pay farmers for their produce and to keep hundreds of restaurant workers employed at 20 different establishments, all cooking for those in need.

Duskie Estes, who runs the Black Pig Meat Co. food truck with her husband John Stewart, lost 250 events in 2020. Eventually, she accepted an executive director position at Farm to Pantry, a local nonprofit that harvest food that would otherwise go to waste. In 2020, she and her team of mostly volunteers provided Sonoma Family Meal with 17,000 pounds of produce that ended up in the 250,000 meals prepared for the elderly, low-income farm workers and migrants, distributed by organizations nonprofits, including the Council on Aging, Corozan Healdsburg, and La Familia Sana. “We all need to help meet the needs of food insecure people in our county,” Estes says. “I love that we work with all of these nonprofits on a non-competitive basis.”

In a county where the median property value — $664,600 in 2019 — is nearly three times the national average, the wealth disparity can seem stark. According to the 2018 Sonoma County Hunger Index report, nearly a third of residents, or some 60,000 households, cannot afford three meals a day. That’s the reality being tackled by Sonoma Family Meal’s new executive director, Whitney Reuling, a Sonoma County native with years of food and culinary policy experience.

With an operating budget of $440,000 in 2022, Sonoma Family Meal continues to expand beyond emergency relief, now providing meals for Redwood Empire Food Bank’s weekly grocery distributions in Petaluma. “I want to start with the immediate food insecurity here,” Reuling says. Reuling credits the fortune of being “backed by industries that have direct contact with a large pool of potential donors” – including restaurant SingleThread, which has given the nonprofit $80,000 raised through its Gift of Giving dinner donation program last year. “We wouldn’t be where we are today without them,” says Reuling.

After borrowing kitchens for more than five years, Sonoma Family Meal now has its own 3,100 square foot community kitchen, housed in a former seafood processing plant. watched for the first time,” says “pit boss” Kim Rothstein, who has been volunteering with Irwin since week one. She managed the gutting and rebuilding of the kitchen, which houses a “tilting stove” the size of a toddler’s bathtub, two hood ovens, three freezers and four giant stainless steel work tables. Reuling gestures to pantry shelves piled deep with dried produce and compostable packaging donated by local business World Centric. On one table is a box of frozen packets of Stemple Creek Ranch beef, on another an overflowing box of Windrift Farm tomatoes. “We needed a house so badly,” she says.

The walk-in freezer – “the piece de resistance” Reuling intones as he opens the interior plastic panels – is stacked with 800 servings of food, ready for use in an emergency. Breakfast burritos, quiche, vegetable lasagna, stuffed peppers, meatloaf, chili mushroom frittata — all made by

the only other full-time paid employee at Sonoma Family Meal. Now that she’s stocked the walk-in closet, Ames cooks for the group’s weekly family meal service, a kind of CSA that feeds four people for $60 a week. The kitchen will also be available for rent as an affordable office space outside normal office hours Monday through Friday.

Next, Reuling aims to develop professional culinary training for teens and formerly incarcerated, continuing to expand Sonoma Family Meal’s menu of services to the community. “After #MeToo and COVID, the hospitality industry has taken a huge toll, and I believe it can continue to be a force for positive change,” Reuling says. “We want to help create a more resilient and inclusive food economy here in Sonoma County, to provide a seat at the table for people who might not otherwise have access.”


Register to receive the newsletter