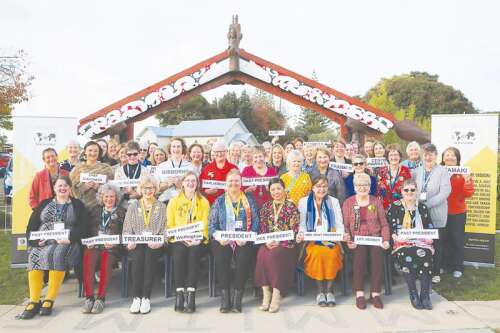 BPW conference a success, reward for hosts – The Gisborne Herald

Held May 13-15 at Campion College, it included a formal dinner and awards ceremony at Bushmere Arms where the Gisborne club won the Anne Todd Issues award for advocacy on immigration issues.

The award recognizes club mahi who lobby government agencies on behalf of businesses in the region for their difficulties in hiring and retaining skilled migrant workers.

BPW NZ President Christine Berridge said the impacts of the 2020 pandemic have caused people to pause, reflect and reassess their lives to some extent.

“As members of BPW NZ, this conference has provided us with a space to discuss local initiatives and draft resolutions for the future.”

BPW NZ Treasurer and Gisborne member Catherine Chrisp said local club members worked tirelessly for a year to organize the conference: “We made sure it happened and ran smoothly.

The conference began with preparatory workshops and then the official dinner, where Mayor Rehette Stoltz and East Coast MP Kiri Allan made presentations.

Mayor Stoltz said it was nice to be part of the BPW national conference dinner.

“I had the opportunity to introduce our beautiful place and invite everyone to bring their friends and whanau here for a vacation.

“Our local branch were excellent hosts.

“We have an active and vibrant local BPW club – they punch well above their weight and their winning the Anne Todd Issues award is testament to that.”

Ms Chrisp said the hard work and advocacy of the Gisborne club not only won them an award but also helped to ensure that immigration issues made it to the national caucus.

“Our resolution regarding the immigration issues we were facing in the region was supported by all the clubs and made it into the handbook. Now if the issue arises within the government or other agencies we can lobby on a national level. “

For the past two years, BPW Gisborne has been aware of immigration processing delays and their impact on businesses trying to retain skilled migrant labour, Ms Chrisp said.

“One of our members is the owner of Gisborne Hydraulics, Tasj Paulson – she has struggled to retain three essential migrant workers.

“We advocated on this issue with all the agencies and succeeded in convincing many government officials to hold a meeting here.

“A lot of other companies joined in and Tasj was the driver for the hui. LeaderBrand also had a big public meeting.

“It was a success for us, and we are happy that the resolution is now in the handbook for all BPW clubs to lobby.”

Ms. Chrisp said the quality of speakers on the conference panels was exceptional. They came from a variety of backgrounds and all brought something useful to the caucus.

“We had a panel of New Zealand winemakers on Saturday afternoon on what women in the wine industry need to do to achieve their goals. The next day we had the intergenerational panel – it was a diverse group of different speakers, ethnicities, backgrounds, age groups and accomplishments.

“We have had excellent feedback. The conference was a success.