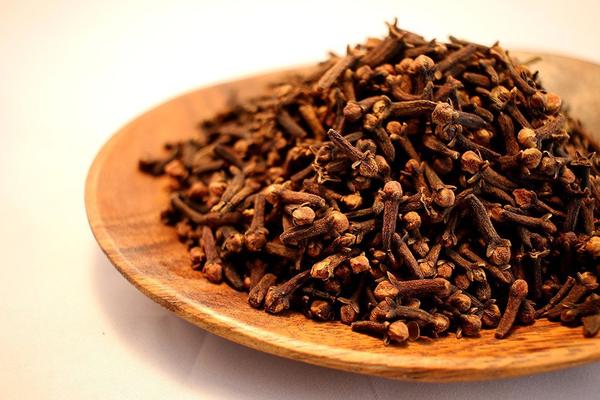 However, data from Statista shows that Zanzibar, which is the main producer of cloves, is recovering from the drop in clove production seen in 2018, when only 675.2 tons were produced.

However, a draft final report of the clove industry study prepared by the Revolutionary Government of Zanzibar predicts a different decline.

They include declining numbers and competition from other cash crops, abandonment of cultivation for political reasons, challenges with harvesting, insufficient labor supply and the use of poor harvesting technologies.

Other reasons are the lack of a clove research institution, higher harvesting costs, and the presence of marketing challenges. According to the report, cloves face increased competition from other cash crops such as seaweed, chillies and copra in terms of human, financial and land resources, despite being a significant part of the island economy.

“The economic lifespan of clove trees is estimated to be over 100 years, with peak yield from the trees expected to be achieved between 30 and 40 years,” the document reads in part.

The report states that clove farmers in Unguja and Pemba did not take any significant steps to plant new trees as the existing ones aged, thus leading to a drop in agricultural production.

According to the report, Zanzibar is estimated to have a clove population of over five million between 1950/51 and 1959/60 respectively.

Zanzibar State Trade Cooperation (ZSTC) director Said Seif Mzee told the Citizen that several interventions are being made by the government, including the annual planting of one million clove seedlings. “Farmers receive free clove seedlings during the initiative which has planted an average of four million trees since the start of the government’s fiscal year,” he said.

According to him, instead of renting at auction; the major players now have the right to own and produce the crop on government-owned farms.

He said the government’s targets were to produce 10,000 tonnes of the crop this year, noting however that after recording the production of 8,000 tonnes in 2021/22, hopes are high that the dream will come true.

“Clove is an opportunity for farmers to improve their economy and that of the country. The crop yields the highest price than any other, therefore citizens should increase production and sell through the mandated ZSTC to ensure that the commodity benefits the RGZ,” Mr Mzee said.

In Unguja, clove trees thrive on the deep ‘kidongo’ soils, but are widely grown on the reddish ‘mchanga’ soils, according to government documents.

“The crop grows well in Pemba, mainly on ‘bopwe’, ‘utasi’ and ‘semi-utasi’ soils, making the islands a suitable place for the production of the crop, leading to wider dissemination of the plant”, according to the report.

But, Mr. Mzee told the Citizen that cloves are grown in moderate temperature conditions. “Clove seeds take four and a half to five years to start yielding. The crop is harvested twice between June and July as well as between November and December,” he said.

Do not use fertilizer

The paper states that clove trees respond positively to fertilizers and that trials have shown that ammonium sulfate significantly increases clove yields, improves canopy structure and advances the age of fruiting.

“However, the use of fertilizers is not common in Zanzibar. But farmers should be aware of the positive effects of fertilizer application,” reads the report, adding, “However, they should be made aware that it is only worth applying fertilizer when its cost is more than covered by the increase in clove yields. and better tree health.

Mr Mzee says clove seeds are used as a medicine to reduce inflammation and as a catalyst for food digestion, especially for people with heart complications.

Culture is also used to control nausea and vomiting, primarily in patients with complications such as those experienced by pregnant women and the treatment of colds and sore throats.

“Cloves also have tonic and antiseptic properties, thus preventing tooth decay as they act as a mouth purifier,” according to the document.

In cultural aspects, clove is an essential ingredient in the preparation of betel nut chewing, a habit unique to the Indian subcontinent where millions of people are addicted to it, the report said. “In spice value, cloves are widely used in the culinary arts which are essential ingredients in the preparation of mixed spices for the table and in the manufacture of curry powder which is a common practice for the Oriental households,” reads the report in part.

The report says the harvest is used in confectionery, food processing and preservation and in Western households it is used in various meat dishes, sauces and marinades, in desserts and in beverages. “During the Christmas season, cloves are popular in Nordic countries and Germany for baking and making special cakes and mulled wine punch called ‘Glogg’,” the report says.

Furthermore, the document states that cloves are also used in Indonesia in the manufacture of clove flavored cigarettes called “kretek” because they crackle when lit. Cigarettes are the ones that dictate the higher prices of today’s cloves around the world, as smoking is a predominant habit in Indonesia, the United States, and Latin American countries.

The report recommended the development of the Clove Development Program (CDP); promote the local processing of clove and its products; promote the use of new harvesting technologies and launch an education campaign on land issues.

Other recommendations encourage the creation of rural savings and credit cooperatives; establishment of a climate conducive to the development of the private sector and reform of the clove marketing system.

He said that while India is the main export country, the others are Indonesia, Madagascar and the Netherlands.