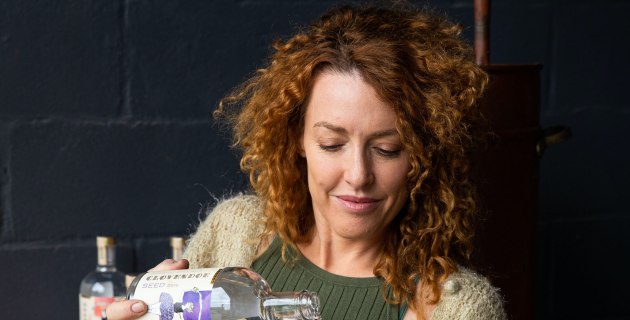 When it comes to equality in the workplace, food and beverage manufacturing scores better than some industries. As the country’s largest manufacturing sector, a third of its workforce is female, but with an 11% pay gap, there is still some way to go.

In the Workplace Gender Equality Agency’s latest Gender Equality Scorecard, which looks at data from 2020-2021, in Australian companies there is a gender pay gap of 22.8%, women earning an average of $25,800 less than men.

Additionally, two in five managers (41%) are now women, but it took nine years to increase by just five percentage points, up from 36% in 2013.

Women make up less than one in five CEOs or board chairs, and only one in three board members.

With this picture painted, it’s no surprise that feminized industries are slow to act despite persistent gender pay gaps in favor of men.

Wage gaps persist in the health care and social assistance (14.4%) and education and training (10.5%) industries.

Compounding the problem is data that reveals they are also the least likely to undertake gender pay gap audits (under 30%) or take action afterwards (under 40%).

Women represent 31% of managers in the sector.

Beverage manufacturing figures include manufacturers of beer, wine and other alcoholic spirits. It had a hair of greater female representation at 34.2 percent, but its gender pay gap is much smaller than that of the food industry – 6.9 percent versus 11 percent.

It has fewer female CEOs (five percent), but higher representation at the executive (34 percent versus 25.8 percent) and director (22.4 percent versus 16.3 percent) level. It also has a higher rate of paid leave for primary care.

So what do these numbers mean or what do they look like in the workforce? Last year, I spoke to Maggie Pillay, Chief Manufacturing Officer of Kellogg Australia and Louise Weine, CEO of the National Association of Women in Operations (NAWO) about this topic.

Please add it to your podcast player for the trip home or your morning walk – or listen to it via the website here.

In August, Weine also presented at our annual Women in Packaging event. All the evidence shows that the more gender diversity there is in a workplace, the better its business performance.

“Diversity is a key ingredient for better decision-making. Diverse teams can take advantage of a wider variety of perspectives and are likely to examine information more thoroughly and accurately,” Wiene said.

To fill these gaps, all employees and employers need to ask themselves three questions: what can I ask, what can I do, and what can I change?

“In the beginning, although a partner of Capricorn Distilling Co. and actively working, I was often considered only for the ‘more feminine’ tasks rather than having the opportunity to work alongside the men who were physically distilling.

“So I started making my own non-alcoholic spirit, Clovendoe Zero, in 2017, while juggling motherhood and my confidence as a distiller. It kept me from getting started,” Fry said. .

But she regained her confidence and launched Clovendoe in 2020.

But getting to this point hasn’t been easy, with Fry saying gender bias has been hard to overcome.

“For me, it has been a daunting and intimidating industry as a woman. I have worked extremely hard to create a conscious and profitable beverage brand. I believe I had to work harder than my male colleagues to be taken seriously in the industry after often feeling gender bias, in the way of condescending comments,” Fry said.

Fry’s experience is not uncommon. Last year, an American craft brewery production manager spoke out against the industry for sexist comments and attitudes she was receiving. It sparked the industry’s Me Too moment, with hundreds of women working in brewing and distilling sharing their stories of sexist comments, harassment, assaults and toxic workplaces.

We spoke to a number of top Australian brewers and distillers at the time, including Corinna Steeb, CEO and co-founder of Prancing Pony Brewery, Jayne Lewis, founder of Two Birds Brewing, Kylie Sepossays, founder and distiller of Farmer’s Wife Distillery, and Jodie Dawe, distiller and blender at Lark Distilling – all had their own experiences and advice for women in the industry. You can read about it here.

“Oddly enough, it was because of my experiences of gender bias that prompted me to launch Clovendoe commercially; All the times I’ve been ignored and overlooked in the industry is what gave me the passion to start my own business,” Fry said.

A 2021 study by Deloitte Access Economics found that while women make up around 48% of the workforce in manufacturing, wholesale, retail and hospitality, only 10% work in distilling. .

Australian Distillery Women is a collective to promote, encourage and support women and those who identify as women within the Australian craft distilling industry. It was founded in 2014 by Kathleen Davies in response to her career beginning in the 1990s with no female representation in middle or senior management, role model or mentor positions.

The collective works with leading industry associations and organizations to support the career development of women in distilling, ambassadorship, marketing, administration, management and doorstep operations. cellar.

It acts as a hub for women-led business and consumer events, courses, networking, public relations, mentorship and personal development.

Clovendoe Distilling Co. strives to provide internships for women to help grow the industry and make distilling a standard for women.