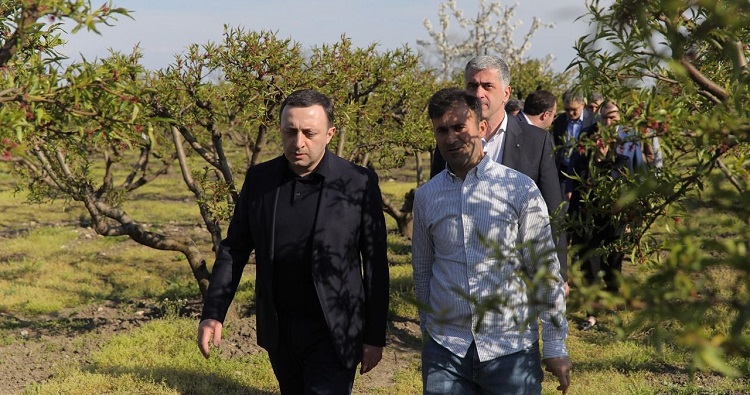 In the village of Chumlaki in the municipality of Gurjaani, Garibashvili visited a refrigeration farm and a garden of a local farmer, who uses the preferential agro-credit project, a state initiative developed to improve production processes, processing, storage and sale of primary agriculture.

Under the Preferential Agrocredit Project, the state has provided over 2,400 loans worth over 273 million GEL for the development of storage and refrigeration infrastructure. Georgia’s prime minister promised that the state would “actively continue” to support local farmers.

In the village of Velistsikhe, Garibashvili visited a winery funded by Enterprise Georgia, a state program to promote an entrepreneurial culture nationwide.

Torniké Lomtadzethe owner of the winery, said he used the funding received from Enterprise Georgia to purchase the inventory needed for the facility.

Garibashvili highlighted the role of Enterprise Georgia in developing local production in the country.

During his tour, the Georgian Prime Minister was accompanied by officials from the legislative and executive branches of the state.

Masi Agricola S p A: in Vinitaly launches the celebration of 250 vintages