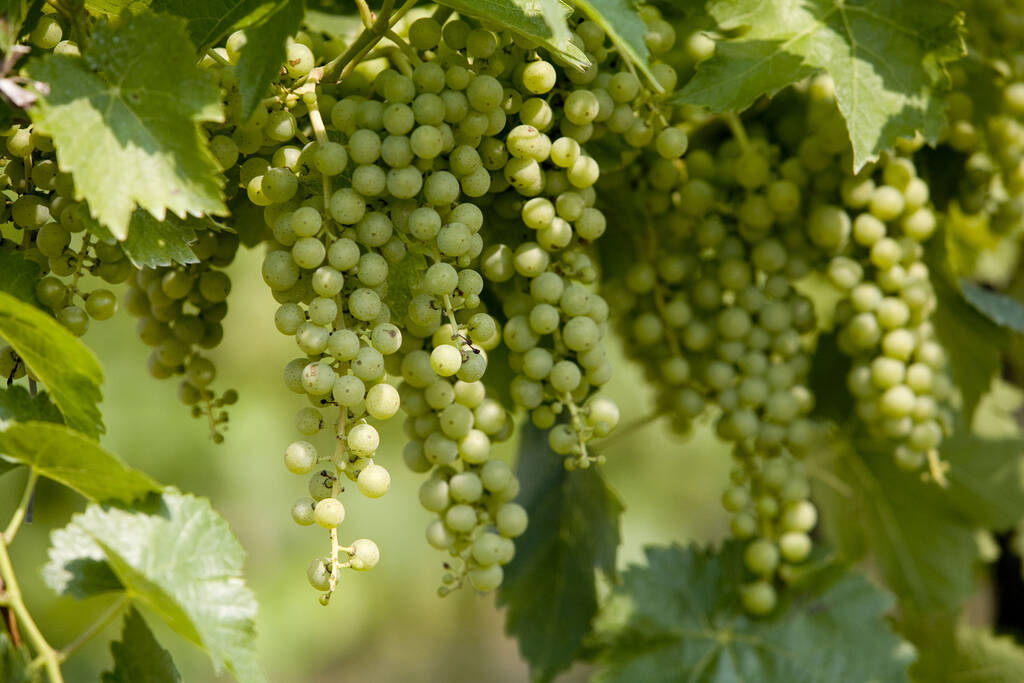 As consumers continue to pay increased attention to what we put into our bodies, more and more producers are introducing organic options into their product line or simply switching to organic production.

This is as true at the grocery store as it is at your local liquor store or private wine store. A growing number of organic options are available across the wine world.

But not all organic wines are created equal – or, for that matter, labeled the same. Navigating organic wines while shopping requires examining information on the back label and perhaps using your phone to quickly browse a winery website to learn more.

Like most commercial agricultural crops, growing grapes for wine making requires managing pests, weeds, soil and more. Non-organic grape growers often use a combination of chemical fertilizers along with herbicides, fungicides and pesticides to control weeds/weeds, mold and insects (respectively).

Rather than coating fruit with all sorts of chemicals, organic winemakers are turning to natural remedies and preventative measures to combat these vineyard problems. The use of compost to fertilize the vines is a typical solution in organic vineyards. Instead of using herbicides, herbaceous cover crops between the rows of vines are grown and/or careful mechanical weeding and mowing is undertaken. Many organic vineyards also “employ” sheep to manage weeds and cover crops, and/or chickens to control insects and other pests.

The process of changing a vineyard from non-organic to organic is a multi-year process that requires a number of steps in order to achieve certification from the country’s governing body (whose symbol is usually found on the back label of a wine). Those switching to organic viticulture also need to consider factors such as neighboring vineyards (their own or another grower’s), which may not be grown under the same practices and whose chemicals could potentially leak into an organic vineyard.

There are also country-specific regulations for organic winemaking. In the United States and Canada, for example, organic winemakers cannot add sulfites, which are typically added to wines as sulfur dioxide (SO2) to improve shipping stability and shelf life. This is not the case in all wine jurisdictions. Additionally, in Canada (though not all regions), producers cannot use genetically modified yeast in fermentation either.

Some labels may state that a wine is “made with organically grown grapes” but do not carry an organic certification symbol. This could indicate that not all of the grapes used in the wine are organic, that the winery is transitioning to certified organic viticulture, or that the wine is made in a facility that also produces non-organic wines using the same equipment. .

For those who do not consume animal products, a certified organic wine is not necessarily vegan. In some cases, for example, egg whites could be used for fining purposes instead of chemical agents. A growing number of wineries are moving to note whether a wine is vegan on the back label or on their website. Looked.

Then there are the many other terms and certifications beyond organic that can be confusing. Biodynamic viticulture, for example, follows a century-old practice of basing agriculture on a particular astronomical calendar, often (but not necessarily) employing organic practices in the vineyard. Sustainable winemaking, on the other hand, aims to be good stewards of the environment as well as high standards of employment and community, but does not necessarily mean that a wine is 100% organic.

Then there is minimal intervention winemaking, the end result of which is often referred to as “natural” wine. It’s almost always organic in nature (pun intended), as the focus is on reducing any interference in the viticulture process by humans – including the use of chemicals.

All of this makes the world of organic wine as clear as repurposed compost, doesn’t it?

Wines of the week

Bright cherry in color, this organic Chilean red offers aromatic notes of plum, cassis, blueberry and subtle vanilla. It’s medium-bodied, smooth and subtle, with flavors of jammy cassis and blueberry, a hint of blackberry jam as well as secondary notes of vanilla from six months in oak barrels. The tannins are light and the 13.5 percent alcohol is not overwhelming, making this an approachable and affordable red. ★★★ out of five

This organic, biodynamic and vegan red from BC is a blend of Syrah, Merlot, Cabernet Franc and Cabernet Sauvignon. Aromatically, it brings cherry, plum, violet, spice and some damp earthy notes. It’s dry and medium-bodied, delivering hints of cherry, cassis, plum and subtle hints of vanilla from some time in oak barrels before modest tannins, crisp acidity and a medium-length finish. Summerhill has always been a champion of organic viticulture and responsible winemaking in the Okanagan Valley; refrigerate this delicious red for 10-15 minutes for best results. ★★★1/2

Blackberry, chocolate, anise, violet and vanilla stand out aromatically in this organic Argentinian Malbec made by Americans Charles Bieler and Joel Gott. It’s full-bodied and juicy, with flavors of dark berries in the foreground, secondary vanilla and spice from some time in the oak, modest tannins and some warmth on the finish thanks to 14, 3 percent alcohol. A solid Malbec for the price. ★★★★

A blend of organic Grenache, Syrah and Mourvèdre grapes, this French red brings fleshy aromas of blackberry, iron, red licorice and raspberry. It’s full-bodied and dense, with mellow dark berry notes, raspberry flavors, a red licorice component, and some earthy, slightly peppery, and not at all oaky notes. The tannins are grippy and provide a nice texture, while the 14 percent alcohol brings some bite to the finish. ★★★★

Putting the “human” in the humanization of pet products

The organic wine market is growing worldwide with impressive sales