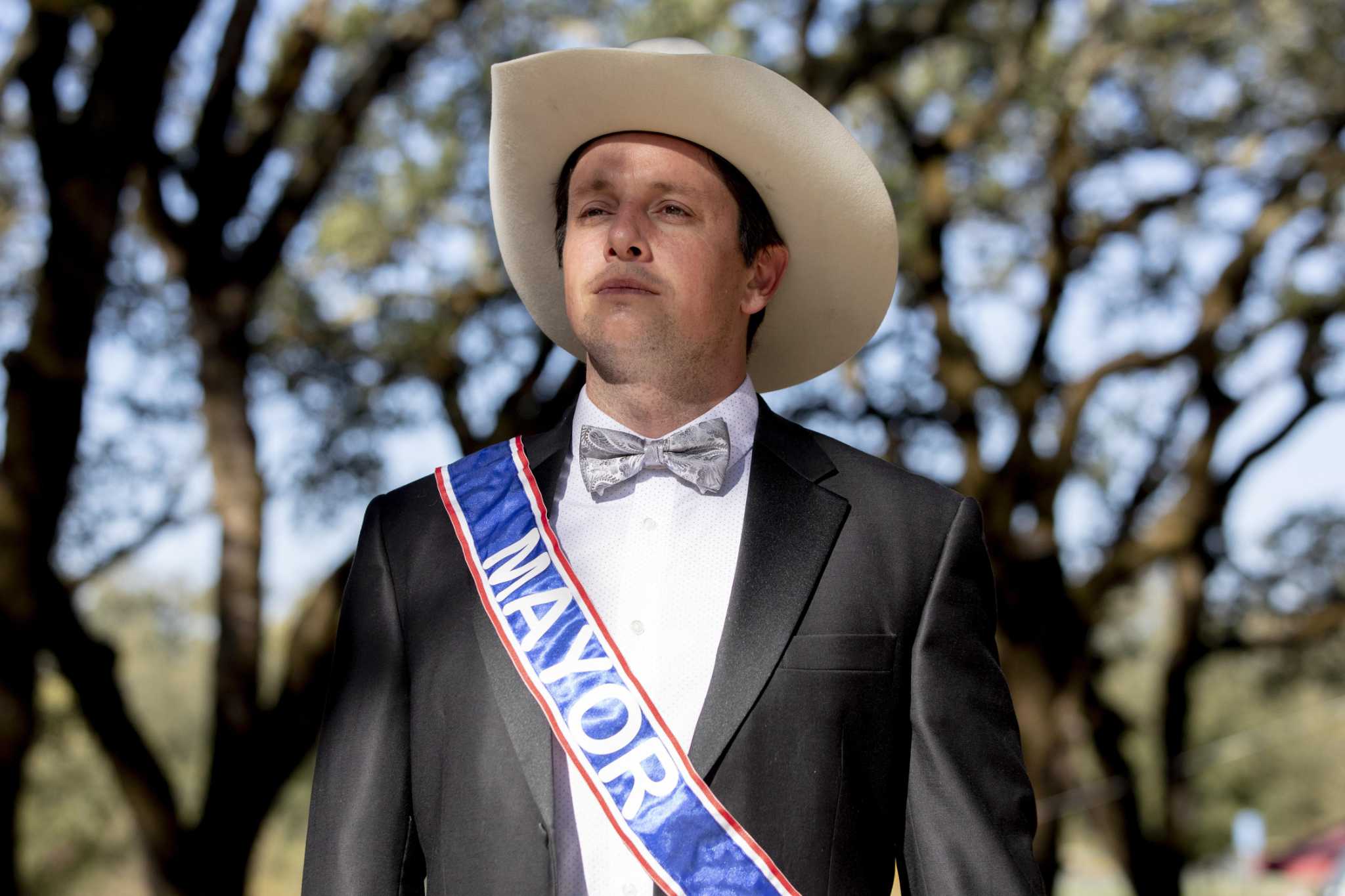 On the night she would later say Dominic Foppoli raped her, former reality TV star and social media influencer Farrah Abraham was enjoying wine with friends at a house in Palm Beach, Florida.

It was March 28, 2021, and Foppoli, then mayor of the town of Wine Country Windsor, asked Abraham if she would like to see the house guesthouse. She has accepted. But the last thing Abraham remembers, according to the police report she later filed, was getting into the pool.

When Abraham regained consciousness the next morning, she reported, she was in a room at the guesthouse naked under a sheet next to Foppoli. She had a cut on her foot and bruises on her leg. Some of the jewelry she wore was broken.

Abraham said she asked Foppoli what happened the night before. He replied, according to Abraham, “We are both adults.”

Files released Friday by the Palm Beach Police Department reveal new details about Abraham’s allegations against Foppoli, as well as how the case against the winery owner was ultimately blocked. While Abraham “felt (she) had been raped” in Florida, detectives failed to interview Foppoli and struggled to get others who were there that night to speak to them.

Investigators decided to put the case on hold on January 26, citing Abraham’s inability to remember what happened and a lack of witnesses to the alleged assault. They also said there were no physical injuries or evidence to support the allegations, which Abraham’s attorney disputes.

The documents, released in response to a public records request from The Chronicle, have been partially redacted to conceal Abraham’s name. Spencer Kuvin, Abraham’s West Palm Beach-based attorney, reviewed the records with The Chronicle and confirmed which statements pertained to Abraham. He said she was comfortable with The Chronicle publishing details of her report.

Abraham first contacted Palm Beach police about the alleged assault by phone on April 2, 2021 — six days before the Chronicle published an investigation documenting the sexual assault allegations of four other women against Foppoli.

Thirteen women have now accused Foppoli, 39, of sexual assault or misconduct. The alleged incidents include rape, groping and non-consensual oral copulation and are believed to have occurred between 2002 and 2021.

The account Abraham gave to police reflects many details of the women’s allegations of drinking socially with Foppoli before isolating and sexually assaulting them. Rose Fumoso, for example, told reporters she was tasting wine with Foppoli at the winery he owns outside Healdsburg, when he offered to show her his car and then drove her into a house and sexually assaulted her.

Foppoli, who has previously denied sexually assaulting women, did not immediately respond to a request for comment for the story.

Facing intense pressure from Windsor residents and other elected officials to resign, Foppoli initially refused. But in May 2021, after Chronicle reporters emailed him questions about the Florida police investigation, Foppoli announced he would step down as mayor.

In his statement announcing his resignation, Foppoli said, “I do not want undue national attention to negatively impact the Windsor community because of the legal but poor choices I have made recently.”

According to documents released Friday, Palm Beach police received an emailed letter from Foppoli’s attorney on April 29 that “acknowledged that Foppoli spent the night together, but everything that happened between Foppoli and [redacted] was done freely, voluntarily and consensually. The letter did not specify whether or not sexual activity took place between Foppoli and [redacted].”

At the request of the Palm Beach police, Abraham checked herself into a hospital in Los Angeles, where she was at the time. Palm Beach police said they received an incident report from the UCLA Police Department on April 5.

Kuvin said Abraham told Palm Beach and Los Angeles police that she went to a wine tasting at a private residence in Palm Beach around 7 p.m. with girlfriends. They were joined at the residence by four other men, including Foppoli, according to police records.

Abraham tasted wine and consumed part of a cocktail, according to police and Kuvin records. Later that night, Foppoli asked Abraham if she wanted to see the guest house, located outside on the other side of the pool.

“Shortly after, as she walks out of the house, she doesn’t remember anything,” Kuvin said. “She had a few drinks, but not to the point where she should have passed out.”

The police report notes that Abraham waited to file a police report because she was “traveling and busy.” Kuvin said she returned to California on March 29 and spent the next few days thinking about how to move forward.

“She was basically in shock,” Kuvin said. “Like most victims of sexual assault, they panic, they feel like no one is going to believe them.”

Police records note that Abraham said she was in contact with Foppoli via text after the incident. Kuvin said Abraham tried to keep the lines of communication open with Foppoli as she decided what to do with the police.

On April 6, police documented that Abraham sent them files containing text messages between her and Foppoli from the day after the incident until the first week of April, including conversations about visiting her estate. winery in California and his residence in Italy.

Police referenced $1,900 worth of wine Abraham bought from Foppoli and a copy of a nondisclosure agreement Foppoli signed on March 29. They noted that Abraham had, on an unspecified date, “sent Foppoli a photo of (her) in which (she) was half-dressed.

Over the next two days, police attempted to reach and interview others, the report said. Kuvin said they were other people who had been with Abraham and Foppoli that night. They did not succeed.

On April 10, Abraham provided police with a recorded statement and handwritten notes detailing the incident. Police noted that the statements “mirrored” the original statement, except for Abraham stating that she was woken by an alarm that morning at 8 a.m. instead of 9 a.m. and that she was “probably drunk” and “probably buzzed” from consuming an old fashioned cocktail.

On April 13 and 15, Abraham attempted to secretly contact Foppoli with Palm Beach police also on the phone line, known as the “control call,” but he never answered the phone, records show. . On April 21, police gained access to the guesthouse where Abraham said she was sexually assaulted and found her jewelry broken on the second floor bathroom sink.

Over the next few months, according to the police timeline, Palm Beach police contacted the Palm Beach County State’s Attorney’s Office and the Sonoma County Sheriff’s Department, which is conducting an ongoing investigation into the sexual assault allegations against Foppoli.

Subsequently, the investigation stalled. Detectives said they were suspending the case on January 26 “because the victim has no recollection of the events”, “no physical injuries or evidence” and “no third-party testimony in support of a crime has was committed,” according to police records. .

Kuvin, whose clients included women who filed civil lawsuits against Jeffrey Epstein and Bill Cosby, said it was incorrect that Abraham was not injured, pointing to bruises and cuts she reported. He said it was “not surprising” to see a criminal investigation suspended in cases of alleged sexual assault where the victim is incapacitated at the time.

“Unfortunately, it’s no surprise that you have these types of sexual assault encounters,” Kuvin said. “Especially in the culture we have today, you often cannot seek justice through the criminal justice system due to the inability to have witnesses to these sexual assaults.”

Cynthia Dizikes (her) is a staff writer for the San Francisco Chronicle. Email: [email protected]: @cdizikes