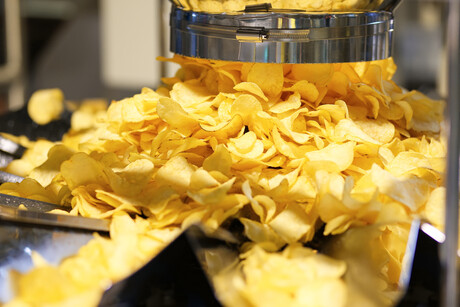 PepsiCo announced several water-saving innovations that can help advance its ambition to be Net Water Positive by 2030. This includes the development of new technology to recover more than 50% of water used in its potato chip manufacturing, investing nearly US$2 million for the Colorado River Basin and signing a new partnership to scale drip irrigation technology.

For its crisps production lines, the company has developed a method of condensing and treating the vapor evaporated from its fryers, which makes it possible to recover more than 50% of the water used. The energy recovered from the condensation can also be used for other manufacturing purposes, such as cooling part of the plant or converting it into electricity, thereby reducing the plant’s energy requirements. Pepsi has tested the process at its plant in Kolkata, India, and estimates it could save around 60 million liters of water per year. The process is expected to be put into operation in nearly 30 chip manufacturing plants in areas with high water risk.

It has also invested in two partnerships in the Colorado River Basin, which is one of the most water-stressed regions in the world. The first partnership is with Unlimited trout which is working to build a canal that bypasses the Windy Gap Reservoir, connecting two previously blocked segments of the Colorado River and restoring perennial flows throughout the river. The second investment for the Colorado River Basin Fund to introduce technology that can help reduce water scarcity. It does this by investing in startups that offer new solutions to problems such as leak detection and water monitoring.

The company has also worked with N-Drip, which is developing a high-efficiency gravity-fed irrigation system that uses minimal energy to operate. The system has been tested in India, Vietnam and the United States, where it has reduced water consumption by 50% compared to flood irrigation and increased crop yields.