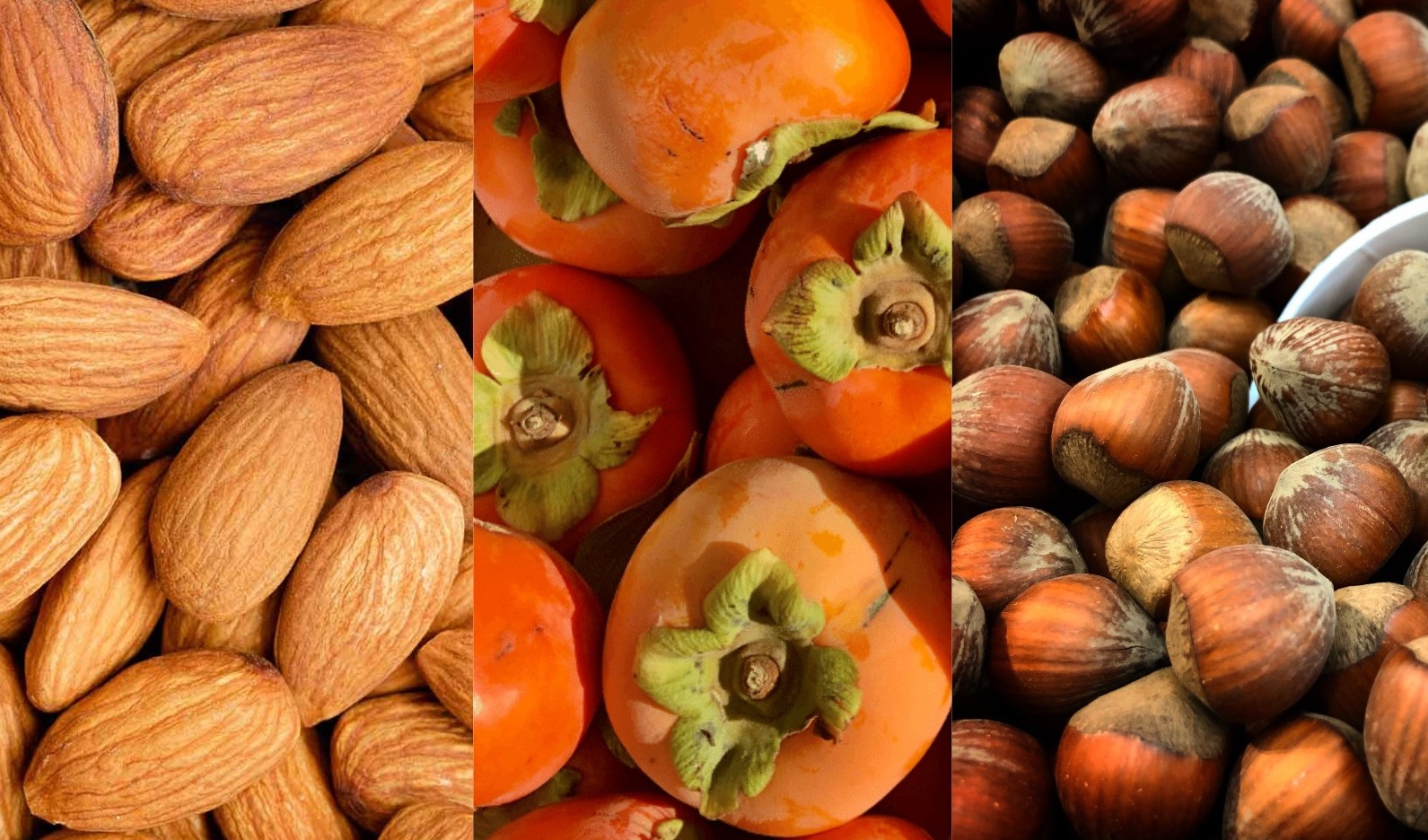 Nevertheless, there are dynamic developments in the production and supply of horticultural products, and the country ranks first in the world in a number of positions. Thus, according to data published on October 14 by the online trade portal Azexport.az, Azerbaijan ranks second in world exports of persimmons and, at the same time, third in the world supply of hazelnuts, seeking to become the main exporter of seedlings. hazelnut and fruit trees in the CIS.

The supply of fresh fruits and vegetables to the markets of post-Soviet countries has for many years played the role of a driving force that ensures sustainable growth of production in the dynamically developing agricultural sector of Azerbaijan. This is especially true for Russia, given that the northern neighbor accounts for around five-sixths of all foreign shipments of Azerbaijani fruits and vegetables. At the same time, tomato exports, which in recent years have accounted for about two-thirds of all foreign shipments of agricultural products, play a key role in this segment.

With the start of the Russian-Ukrainian war, the expert community became concerned about the deterioration of Azerbaijan’s foreign trade prospects, in particular the reduction of fruit and vegetable exports to its main market, the Russian Federation of Russia. However, according to the Center for the Analysis of Economic Reforms and Communications, in the segment of seasonal fruits and vegetables in general, a significant drop in supply has been avoided, in particular, in January-August 2022, the export of tomatoes amounted to 134.2 million dollars with an increase of 4.7% compared to the same period last year. In the first half of the year, there was a reduction of 35.6% in apple shipments (in tonnes), but in monetary terms, due to higher prices, there was still an increase of 8 %. Moreover, the main apple crop is harvested in September and sold in autumn, so by the end of this year this imbalance in the Russian sense will probably be overcome. There is also no doubt that the anti-Russian sanctions regime has significantly complicated trade relations with EU countries, including Poland, which until recently was Russia’s main supplier of apples.

It should also be noted that exports of fruits and vegetables (originally cheap) from South America, Southeast Asia, India, Africa, etc., have become considerably more expensive against a backdrop of sharply rising transport, storage and logistics costs in 2021. Economic sanctions, which are tightened almost monthly, a practical ban on serving Russian ships in many international ports and the withdrawal of major global freight forwarders of the Russian market have completely exhausted the Russian fruit and vegetable market in a number of segments. Against this background, the position of suppliers of green products from China, Turkey, Iran and the CIS countries, mainly Azerbaijan and Uzbekistan, is improving, because, taking into account the longer delivery distance short, fruits and vegetables are often much cheaper.

With regard to our country, it is also worth noting the settlement of the main phytosanitary contradictions between the Food Safety Agency of Azerbaijan (FSA) and “Rosselkhoznadzor”, as well as the noticeable acceleration of the passage of perishable goods through customs and crossing borders. points. At the end of last year, the first test train of the Agroexpress project was launched from Azerbaijan to Russia for transshipment of agricultural products with subsequent loading of wagons with Russian products in the opposite direction. And over time, the development of this trend will also contribute to an increase in the supply of agrarian products. “The volume of Azerbaijani supplies of fruits and vegetables to the Russian market is steadily increasing, and our republic is among the top 10 exporters of agricultural products to Russia,” said Azerbaijani Deputy Prime Minister Shahin Mustafayev.

The availability of stable export demand for fruit is indirectly confirmed by agricultural production figures: in 2021, fruit and berry production increased by 9.3%. This positive trend was accentuated in January-August 2022: the country produced 479,300 tons of fruits and berries – an increase of 11%, as well as 73,600 tons of grapes – an increase of 2.4%.

Nevertheless, the Azerbaijani government is aware that excessive dependence on a limited number of markets (mainly the Russian Federation) for the supply of agricultural products carries significant risks. For this reason, the country has implemented large-scale reforms in recent years to geographically diversify its agricultural and food exports to Europe, China, the Middle East and Africa. Azerbaijani trading and wine houses opened several years ago in Poland and Latvia have already acquired the status of hubs for the re-export to European markets of certain types of fresh fruits, as well as their processed products – wine from grape and brandy, juices, jams, fruit preserves, nuts, pomegranate sauce, etc. Over the past two years, concrete steps have been taken by trade missions, the Ministry of Economy and the Azerbaijan Foundation for Export and Investment Promotion (AZPROMO) to increase the supply of fruits and processed products . products under the “Made in Azerbaijan” brand to the markets of southern Europe – in particular Hungary, Serbia, Croatia. China is considered a promising market for Azerbaijani food, wine and brandy, as it has the highest number of trade missions. AZPROMO has also promoted its products in Egypt, Jordan, Iraq, United Arab Emirates, Oman, Bahrain, Qatar and other Gulf States.

It should be noted that for some items, the export of Azerbaijani “green” products even demonstrates notable achievements in the world market.

In particular, according to the e-commerce portal Azexport.az, at the end of 2021, Azerbaijan became the world’s second largest exporter of persimmons. “Last year, Azerbaijan exported persimmon worth $125.9 million and overtook China in terms of deliveries, becoming the second largest exporter in the world after Spain,” the official said the day before. director of Azexport.az, Aikhan Gadashov. According to him, if in 2020 Azerbaijan’s share in the world kaki market was 13%, last year it fell to 20%. According to Azerbaijan’s National Customs Committee, 174,158,000 tonnes of persimmons were exported from the country last year, up 38.5 percent from a year earlier.

Recently, the Association of Persimmon Producers and Exporters reported that, along with the main markets – Russia and Ukraine, the supply of this fruit is gradually expanding to non-CIS countries. Thus, according to the president of the association Gadir Yusifov, regular negotiations are taking place with Arab and Asian countries, and deliveries of persimmons will soon be established to Saudi Arabia, Turkmenistan, Kazakhstan and the Russian Urals. The Turkish market is also considered very promising, with which Azerbaijan has a preferential trade agreement: kaki is also included in the list of 15 agricultural products, the export of which is exempt from paying VAT.

An increase in hazelnuts, almonds and other types of nuts is considered very promising for the expansion of agrarian export. “In recent years, Azerbaijan has intensively developed hazelnut cultivation, and the area of ​​hazelnut orchards has more than doubled. And today, Azerbaijan is the world’s third-largest hazelnut exporter,” President Ilham Aliyev said recently. As noted by the Head of State, the priority task in the foreseeable future is to increase the production of almonds and olives, in areas with high export potential, for which it is planned to plant new orchards in the Absheron Peninsula and other parts of the country. . This work is already underway, and in the first phase in 2017-2019, different varieties of almond trees were planted in Gala and Bilgah villages in Absheron district on a total area of ​​427 hectares, and a factory of almond processing was built.

Given the strong export demand for Azerbaijani hazelnuts, this trend will expand to other regions of the country. The export of almonds to Italy, Germany, Austria, Switzerland, France, Poland, Turkey and a number of other countries in the world is possible in the future. In this regard, several Azerbaijani enterprises have already applied to the competent bodies to create plantations of hazelnuts, walnuts and chestnuts in the territories of Azerbaijan freed from occupation – as is known, the most favorable conditions for aforementioned plantations crops are found in the foothills of Eastern Zangazur – Zangilan and Kalbajar.

It should be noted that in recent years Azerbaijan has not only acted as an exporter of fruits and nuts. A number of local enterprises (including a pilot agro-park in Yevlakh) have started delivering highly productive fruit tree seedlings abroad – sweet cherry, nectarine, persimmon, pomegranate, hazelnut and almond. Seedlings were exported to Kyrgyzstan, Russia and Georgia. A separate agreement has been signed with Uzbekistan, under which, in addition to the supply of seedlings of high-yielding hazelnut varieties, Azerbaijan will provide training for Uzbek specialists in advanced methods of hazelnut cultivation.