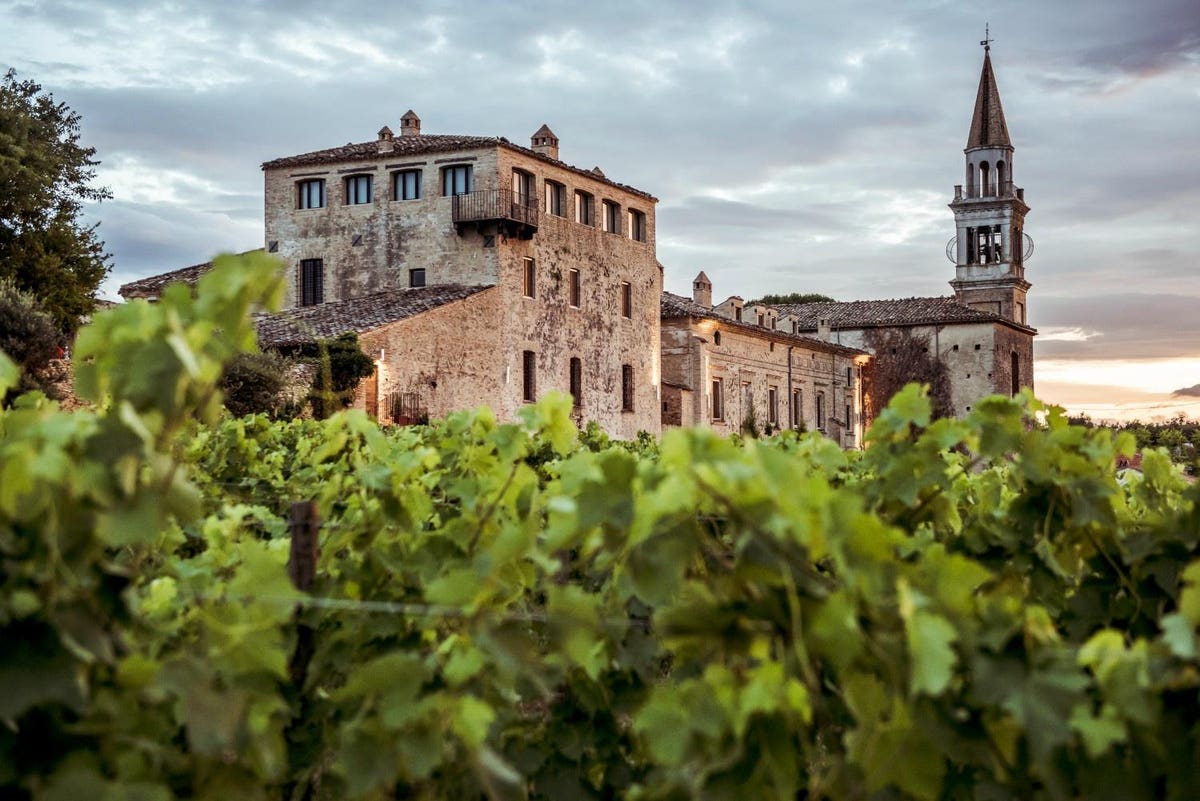 The Italian wine region that reveals its potential

In the fall, the rugged hills around Italy’s Abruzzo region buzz with activity as the harvest begins across all expanses of vineyards. Tractors climb the hillside, laden with juicy loads of Montepulciano d’Abruzzo, Trebbiano and Pecorino grapes. These names may appear regularly in reviews and wine guides, but until a few decades ago they were little appreciated. About two-thirds of the wine produced in this region still goes through consortia and sells for as little as $ 1 to $ 2 a liter, but a few private wineries are helping to enforce Abruzzo wine.

Situated between the ends of the Apennine mountains and the Adriatic Sea, Abruzzo is a region of fertile agricultural land skillfully tapped for wheat, olive trees and, of course, vines. From Castello di Semivicoli in the province of Chieti, you can see the snow-capped peak of the ominous “Mamma” Maiella massif on one side and the hazy sea horizon on the other. Castello di Semivicoli is a stately mansion owned by the Masciarelli company, which this year celebrates its 40th anniversary of wine production. Last year his Marina Cvetić Iskra Montepulciano d’Abruzzo Riserva 2016 won the platinum medal at the Decanter World Wine Awards with 97 points.

But the native Abruzzo grape varieties have not always been so successful. Indeed, Montepulciano d’Abruzzo, a powerful, fruity and spicy wine, was historically shipped in bulk to Tuscany and France for blending. Even today, 60 to 70% of the wine produced in the region is grouped together in cooperative consortia and sold for a pittance.

The oenologist Attilio Alfino, who works with the company Masciarelli, suggests that it is the “humble character” of Abruzzo that holds them back. Even table wine sold for a few dollars is undervalued, he claims, but a lack of unity between the producers prevents them from pulling off a blow like the Prosecco producers in northern Veneto, who now have a multibillion-euro company.

Around 40-50 years ago, however, some growers saw the potential of the varieties indigenous to the Abruzzo region and started to raise the bar. One of these visionaries was Gianni Masciarelli. He recognized what Ian D’Agata, in his book Native grape varieties of Italy, called the “thoroughbred potential” of Montepulciano.

At the end of the 1980s, Masciarelli bought his first land. Almost 40 years later, the company has nearly 300 hectares of vineyards spread across different provinces of the Abruzzo region. Grapes include Trebbiano, Pecorino, Cocciola, and Montepulciano d’Abruzzo, the leaves turning red as fall gives way to winter.

The vines supply the seven lines of wines that the company produces today. Their top-notch Villa Gemma label includes the best of their Montepulciano d’Abruzzo DOC Riserva, a powerful wine with aging potential that produces surprising and explosive flavors. In the same line is the Bianco Colline Teatine IGT, a blend of Trebbiano, Pecorino and Coccioola grapes that has created a fresh, delicate and aromatic wine, ideal for aperitifs. The third is what the staff at Masciarelli call the “wine of friendship”. The Cerasuolo d’Abruzzo DOC is a rosé made from Montepulciano grapes with intense flavors of cherry and a little sparkle with a “great capacity for rejoicing”.

The Marina Cvetić line, which Gianni Masciarelli named and dedicated to his wife, includes a Trebbiano d’Abruzzo DOC Riserva with a complex character developed through aging in oak barrels. This range also includes a Montepulciano d’Abruzzo DOC Riserva, the company’s best-selling wine, perhaps for its skilful balance of fresh and aromatic flavors.

Masciarelli was one of the forward-looking producers who also recognized the potential of “wine tourism”. 300 kilometers away, the region of Tuscany has now perfected the formula: a spectacular villa becomes the luxurious backdrop for wine tastings and vineyard tours, with cooking classes or outdoor activities as well. Castello di Semivicoli is Abruzzo’s answer. The building dates from the 17th century and dominates the small village of Semivicoli. Guests take their breakfast in the warm ocher-colored stately kitchen (before an open fireplace in the cooler months) and can dine in different rooms of the piano nobile surrounded by period furniture under ceiling-shaped ceilings. dome decorated with frescoes.

During a cooking class, chef Carmine Fiore – who will soon be opening a restaurant in the nearby town of Casoli – reveals the world of hearty traditional Abruzzo cuisine. A particularly satisfying recipe is for pallotte, a kind of dumpling made from bread, cheese and egg. Small balls of the mixture are fried and served in a red pepper sauce. Syrah Marina Cvetić pairs wonderfully, cutting through heavy food with its tangy and fruity flavors.

When Gianni Masciarelli passed away in 2008, it is clear that he left a gaping hole not only in family life but also in the business. However, his wife Marina Cvetić admirably pursued his vision while adding her own signature flourishes. At the San Martino sulla Marrucina processing plant, a room perfectly expresses their dual ambition. Under a dark blue ceiling studded with LEDs, the Chardonnay oak barrels age slowly. This is Cvetić’s physical manifestation of Masciarelli’s famous statement that there are two wine cellars, one made of cement and the other, the larger one, the vines under the sky.

Labeltronix helps wine brands differentiate themselves and deliver premium, handcrafted labels on time and on budget

Where I live: Leon Springs