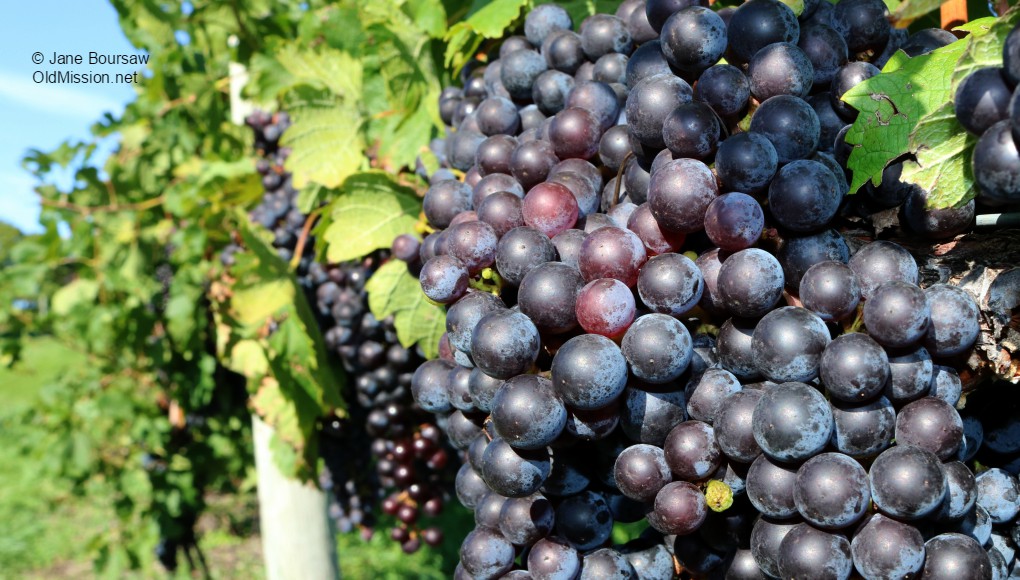 The judge gives his opinion on the lawsuit of Winery; Authorized marriages

On Friday, Judge Paul Maloney of the United States District Court, Western District of Michigan, Southern Division, issued an opinion on the winery’s lawsuit that has been ongoing since the fall of 2020, when Old Peninsula Vineyards Mission (WOMP) filed suit against the Peninsula. Canton. WOMP alleged that after a decade of trying to change Peninsula Township ordinances without success, they were forced to take legal action.

The lawsuit asserted that restrictions imposed by the ordinance on township wineries, including the inability to hold weddings and other gatherings, limitations on dine-in service and hours, and restrictions imposed over using grape juice from out of state, have cost wineries hundreds of thousands of dollars over the years. In fact, as noted in Maloney’s opinion, WOMP notes that an expert source claims wineries have lost $200 million over the past five years.

The wineries also say state laws, including those involving the Michigan Liquor Control Commission (MLCC), supersede the Township Ordinance in many cases.

Here’s a look at some of the issues addressed in Maloney’s opinion:

1. Preemption of State Law. WOMP argues that the township’s order conflicts with many of the rights granted to them under the MLCC. Maloney’s opinion states that while the order may add limits or restrictions to the rights granted by the MLCC, it cannot contain an absolute prohibition of what the MLCC authorizes.

2. Opening hours. The township ordinance states that hours of operation for guest activities should not exceed 9:30 p.m. per day. The MLCC does, however, allow holders of certain licenses to operate after 9:30 p.m.; however, they cannot sell alcohol between 2 a.m. and 7 a.m. Monday through Saturday and between 2 a.m. and noon on Sunday. However, since the order merely imposes a further limitation on a right granted under Michigan law, the Court finds that the order is not preempted.

3. Amplified music. The ordinance notes that no amplified instrumental music is permitted. However, he also notes that amplified voice and background music are allowed, provided the noise level is no higher than normal conversation. Maloney’s opinion holds that even if the township does not prohibit amplified music, it can regulate the level of amplification.

5. Special Use Permit (SUP). The township says SUPs — a way for wineries to make changes outside of the ordinance — are contractual agreements between each winery and the township. Maloney’s opinion, however, concludes that SUPs are not contractual agreements, because for there to be a contract there must be a negotiated exchange, and he notes that “it is not clear what that the canton has received from the issuance of the SUPs”.

6. Excluding state trading. In its constitutional summary judgment, WOMP argues that several sections of the ordinance violate the dormant trade clause because they are discriminatory and impose an undue burden on foreign trade. This involves the amount of produce and grapes/wine produced at each winery and on the Old Mission Peninsula. For agricultural processing facilities to make wine, the ordinance requires that 85% of the juice they use come from grapes and fruit grown on the Old Mission Peninsula. However, the owner of Two Lads Winery testified that there have been years when the supply of grapes from the Old Mission Peninsula cannot meet the demand to satisfy the tasting room, let alone produce as many wine they could sell. Maloney’s opinion concludes that the township’s ordinance violates the dormant trade clause.

7. Commercial discourse. WOMP argues that certain activities, such as arranging weddings and selling merchandise bearing the logo, fall under “commercial speech” and are unconstitutionally regulated by the township ordinance. Maloney’s opinion agrees with the township that weddings and similar activities do “not constitute regulation of commercial speech under the First Amendment because weddings themselves are not speech intended to promote a transaction commercial”. Thus, certain parts of this section are granted, such as the sale of merchandise bearing the logo, the advertising of food and non-food items for sale in the tasting room, and the outdoor display of merchandise, equipment or signs.

8. Marriages. In her deposition, Township Zoning Director Christina Deeren admitted that the township likely improperly blocked wineries from hosting weddings, family reunions and similar gatherings. Thus, WOMP’s motion for summary judgment will be granted with respect to the sections of the ordinance which prohibit the holding of large gatherings such as weddings and which set the closing time at 9:30 p.m. Further, the Township is prohibited from imposing such restrictions on any of the wineries.

9. Anterior restraint and other activities. The term “prior restraint” describes administrative and court orders that block expressive activity before it can occur. The township ordinance states that chateau vineyards cannot host wine and food seminars, cooking classes, non-profit group meetings, and agriculture-related group meetings without the prior approval of the Zoning Director. According to Deeren, these activities must be related to agriculture, and it determines whether an activity meets these criteria. She has previously denied such activities as “Yoga in the Vines” and “Painting in the Vines.” However, Maloney’s opinion notes that there does not appear to be any definitive criteria for determining what constitutes agriculture-related activity and, therefore, his opinion grants WOMP’s summary judgment on this issue.

10. Guest Activities. This term is used several times in the order, but WOMP argues that the term is vague. Maloney agrees, noting that “any subsection of 8.7.3(10) that uses the term ‘guest activity’ is unconstitutional and should be removed from township ordinances.”

All of the township’s summary judgments have been dismissed, including laches (undue delay in asserting a legal right or privilege; the most recent ordinance was enacted nearly 20 years ago, and oldest challenged ordinance was enacted over 30 years ago), commercial speech, prior restraints, binding speech, freedom of association/freedom of religion, commerce clause and dormant commerce clause, due process and taking regulations.

Additionally, in summary judgment, WOMP argued that their economic expert estimated that over the past five years, wineries have lost at least $200 million in profits due to township orders. However, notes Maloney’s opinion, they have provided no evidence to support this number, and it is also procedurally inappropriate for the wineries to seek summary judgment in response to the motion for summary judgment. of the township. “As such, neither party will receive summary judgment as to the take clause claim,” it notes.

Thoughts? Leave comments in the comments section below.

We need your support!

Old Mission Gazette is a reader-supported newspaper, and we need your continued support to continue providing news, history, photos, events and more from OMP. Owners Tim and Jane Boursaw are dedicated to the Old Mission Peninsula community, and every contribution, large or small, is valued. Click HERE to support Old Mission Gazette. Thanks!