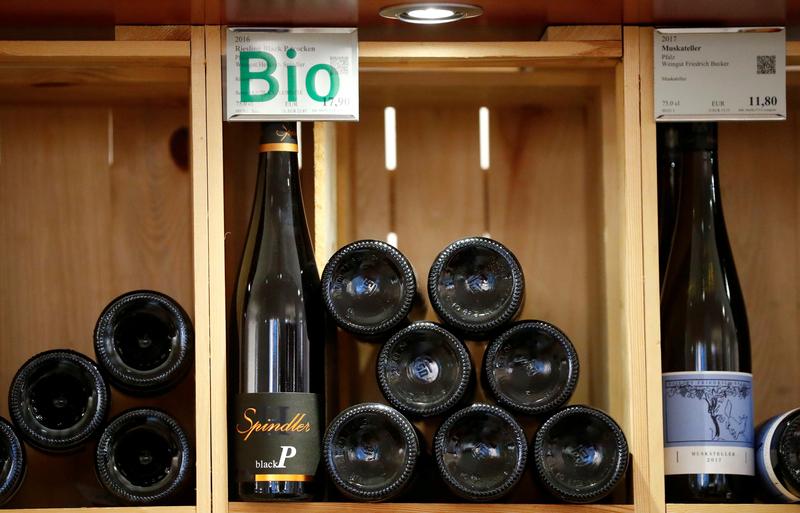 PARIS (Reuters) – The organic wine market will grow rapidly over the next five years as environmentally conscious consumers increasingly favor pesticide-free wines, but their market share will remain relatively low globally , according to a study.

In a report released Friday, wine and spirits consultancy IWSR predicts global sales of organic still wines to exceed one billion bottles by 2022, up from 676 million last year and nearly three times the 349 million. bottles sold in 2012.

The share of organic wines – those produced on vineyards grown without pesticides or chemical fertilizers – in the global wine market would remain relatively low at 3.6%, down from 2.4% in 2017, IWSR said.

“There is a big margin for organic wine to continue to rise,” Jose Luis Hermoso, research director at IWSR, told Reuters.

This is good news at a time when global wine consumption is stagnating or even declining in key markets such as France and Spain, he said.

Almost four out of five bottles of organic wine sold last year were in Europe, with the three leaders Germany, France and Britain accounting for 50 percent of the market, IWSR said.

In France, the surge in sales of organic wines is particularly strong, with market share reaching 7.7% by 2022.

ChÃ¢teau Latour, one of the most prestigious Pauillac chÃ¢teaux in the Bordeaux region, owned by French billionaire FranÃ§ois Pinault since 1993, obtained its organic wine certification last month.

But other growers have abandoned their organic projects, often discouraged by growing criticism of the use of alternative pesticides such as copper and sulfur, allowed by organic farming rules, or after their unprotected vineyards have turned. been damaged by fungal attacks.

Hermoso said there was uncertainty among European growers as to whether they should continue to use sulfur and added that late blight had caused significant damage to the crop in some areas.