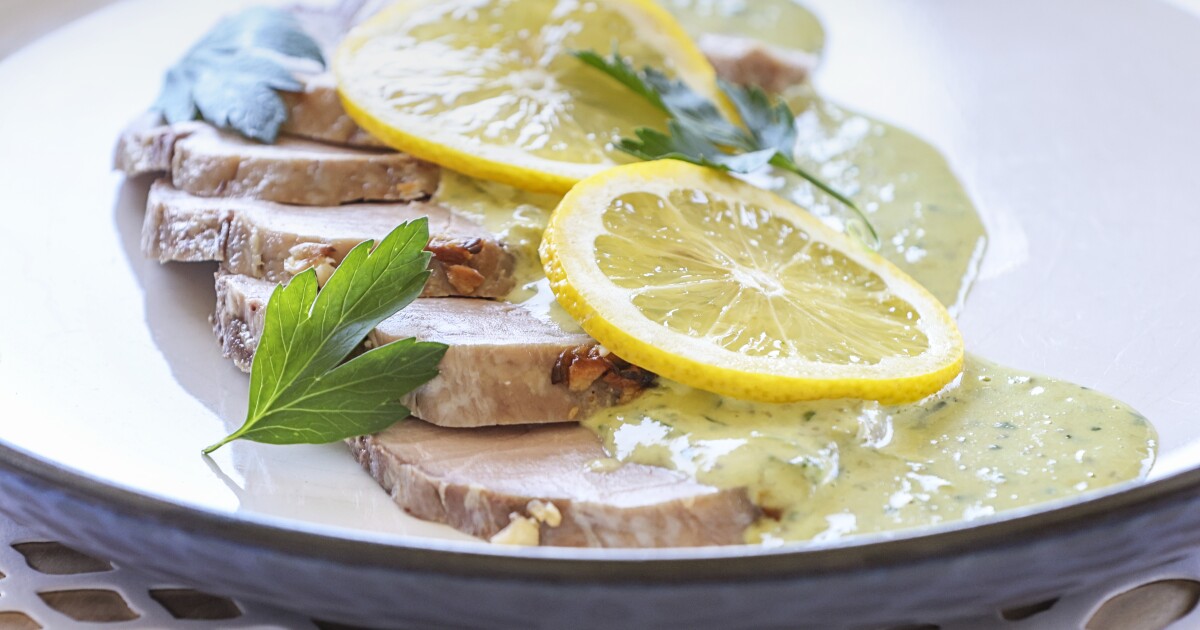 Once upon a time, not so long ago, the San Diego tuna fleet ruled the Pacific. She also pretty much ruled San Diego, earning the city the nickname “Tuna Capital of the World.”

At the top of the fleet in the early 1970s, San Diego Harbor was teeming with tuna boats, some sporting helicopters to spot fish. Major canneries, including Bumble Bee, were based here, and industry was the town’s third-largest employer, behind marine and aerospace.

It’s a different story now. There are far fewer commercial fishing boats in San Diego harbor and no canneries on our shores.

The fall of the tuna industry in the area can be attributed to several causes: the crisis of 1972 Marine Mammal Protection Act passed by Congress to address the issue of by-catch, or unwanted animals — especially dolphins — entangled in fishing gear; boats and canneries moving overseas because of this and the cost of labor and property requirements of tuna processing; the decrease in the amount of tuna in a can and a decline in the quality of the product, which contributed to a blow to consumer demand.

But with the improved quality of canned tuna available in America, good at-home meals are within reach. It’s even possible to take the tuna sandwich to new heights.

Here are some examples:

• Add tuna to a medium bowl and mash lightly with a fork.

• Add the mayonnaise and Dijon and whole grain mustard to the bowl and stir to combine.

• Add the pickles, capers, celery, shallot and parsley and continue to stir until the ingredients are evenly distributed.

• Spread the tuna salad evenly over two slices of pumpernickel toast. Top with remaining toast slices and cut in half diagonally.

• Prepare the tomatoes: Bring a medium pot of water to a boil over high heat and prepare an ice bath. Prepare to skin the tomatoes by making a small X-shaped incision on the bottom end of each tomato. Add the tomatoes (two at a time if necessary) to the pot and blanch them for 10 seconds. Remove and plunge into the ice bath to stop the cooking. Don’t discard the boiling water as you will need it later in this recipe; just lower the heat and cover to maintain a simmer. When the tomatoes are cool, peel them by pinching some of the skin at the incision point and gently pulling it back and down, loosening it from the tomato flesh. Cut the top and remove the seeds and the inside. Refresh the ice in the ice bath.

• Prepare the tuna mousse: Place the tuna, mayonnaise, tomato paste and parsley in the bowl of a food processor and pulse to combine, scraping down the sides of the bowl occasionally as needed, then process into a smooth, mousse-like texture for about 2 minutes. Stuff the tomatoes with the mousse, pressing down the filling firmly. Set aside until dressing is done.

• Make the fresh dill vinaigrette: Bring the water to a boil again and blanch the fresh dill in the water until it takes on a nice green color, about 10 seconds. Plunge the dill into the ice bath to stop the cooking, then remove it and wring it out. Combine the dill, shallots and lemon-red wine dressing in the bowl of a high-speed blender or food processor. Starting on lowest speed, mix dressing to combine, gradually increasing speed until a tight, pureed sauce texture is achieved, about 1 minute.

• To serve the dish, place a stuffed tomato on each plate, cut side down. Drizzle a little fresh dill vinaigrette over the top of each tomato. Garnish with a pinch of paprika, 1 tablespoon of amba sauce, a few crystals of finishing salt and radish sprouts.

• Line a roasting pan with aluminum foil. Place the pork tenderloins on the prepared skillet, season with salt and drizzle with olive oil, massaging the salt and oil into the tenderloins. Pour the wine over the fillets and add the garlic, bay leaves, onion, celery, carrot and peppercorns.

• Place the pan in the oven and roast for 1 hour. Using an instant-read thermometer, test the doneness of the pork. If it’s under 150 degrees, return the pork to the oven for 5-10 minutes until it comes to temperature. Set the pan aside to cool. After 15 minutes, transfer to the refrigerator for one hour up to overnight.

• To make the sauce, add the parsley and capers with the vinegar, lemon zest, 4 anchovies, egg yolks, tuna, salt and pepper to the bowl of a food processor and mix, starting at low speed and gradually increasing until you get a smooth texture. With the motor running, slowly drizzle with olive oil until the sauce emulsifies.

• Thinly slice the pork tenderloins against the grain and divide among four plates. Spread the sauce over the pork and garnish with lemon slices and parsley. ◆

The Surprising Reason Frozen Chicken Nuggets Are So Hard To Find