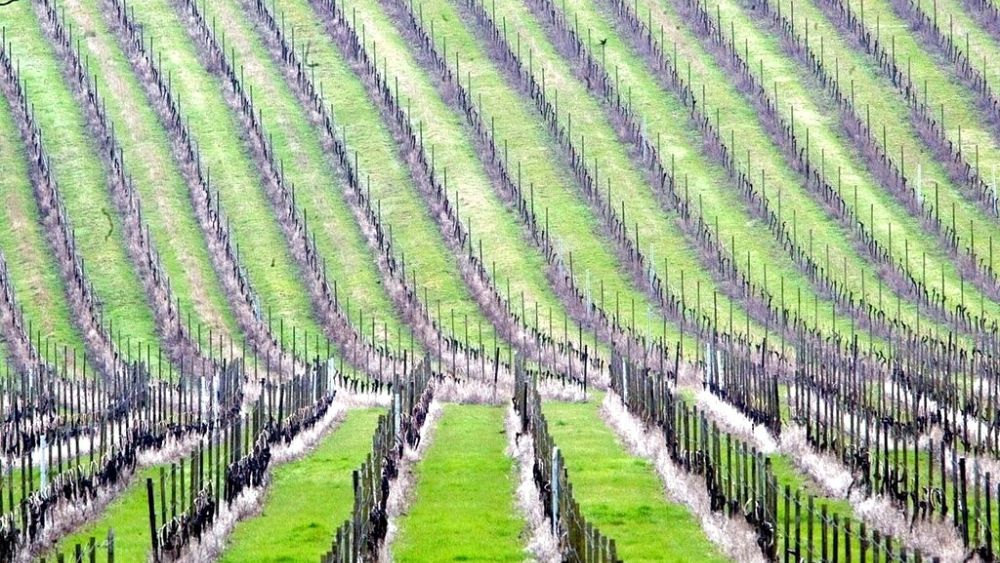 According to a new study, the UK could overtake the main wine regions of Champagne and Burgundy in France due to the effects of climate change.

The Climate Resilience in the UK Wine Sector study found that rising temperatures over the next few years could make Britain a major player in quality wine production.

Looking at climate projections, the researchers said temperatures in UK wine regions could rise by 1.4C by 2040, on top of the one degree rise since the 1980s.

This means the amount of sugar in UK grapes would be more consistent with better wine quality and higher alcohol content, they said.

“Production here in the UK has been able to produce sparkling wines very similar in style to those produced in Champagne,” said lead researcher Professor Stephen Dorling.

“The climate is increasingly helping to match this French production,” he added.

The researchers noted that the best regions for growing Pinot Noir and Chardonnay grapes – two of the staples of Champagne making – will shift north away from France.

Quality still red wine may even become possible due to environmental projections, they said, calling it “the holy grail”.

“In this country, we are not renowned for producing still red wines, but climate change offers a prospect for that,” Professor Doring wrote.

Previous studies have warned that climate change will create “an unquantified risk[s]” for British wine producers.

“Climate change is likely to cause more extremes and thus further threaten the stability of production,” they wrote in 2016.

Prof Dorling has called on UK winemakers to plant more vines to take advantage of the expected rise in temperatures over the next two decades.

“When we plant a vine, it has a lifespan of 20 to 30 years, so we have to make the right decision on what we are going to plant because it is going to be with us for a while,” he said.

In 2021, vineyards covered around 3,800 hectares of land in the UK, according to the Climate Resilience in the UK Wine Sector study.

This is an increase of nearly 400% over 2004 levels, when sparkling wine began to dominate production.

2018 was an exceptional and record year for wine production in the UK. An atypically long, hot summer saw Britain produce more than 15.6million bottles for the first time.

Between 2021 and 2040, the study predicts that the UK wine industry will have vintages as good as 2018 in 60-75% of seasons, resulting in a much more consistent end product.

The UK has far less land planted with vines than major wine-producing countries, which means the industry tends to look for quality rather than quantity.

It is unlikely that UK vineyards will ever be able to produce bottles under £10 (about $12) for supermarket shelves, AP notes.

Euronews has previously reported that Brexit and Covid are creating challenges for the UK sparkling wine industry, such as labor shortages, missing shipments and bureaucratic headaches.