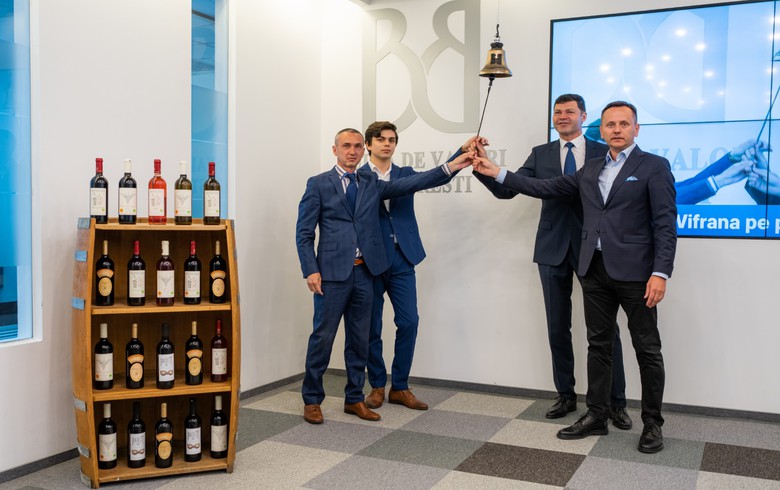 The wine maker’s shares were listed under the symbol BIOW, the exchange said in a press release.

The company aims to expand its presence in foreign markets such as Germany, the Netherlands, Sweden and the United Kingdom, where sales of organic products increased by 20% in 2020, and the growth of the market for organic products. organic sparkling wines is estimated at 47%.

The next step is to strengthen Vifrana’s international presence by entering new foreign markets in addition to those in which it currently operates successfully, said Octacian Vumanovici, Managing Director and Chairman of the Board of Directors of Vifrana.

The company sold some 21.22 million shares to investors at a price of 0.45 lei per share.

Vifrana was established in 1998 and reoriented itself towards vine cultivation and wine production in 2006, when the foundations of organic vineyard were laid.

Currently, the company produces organic wines and manages the Vifrana winery which processes all grape production from its own 130 ha vineyard cultivation in the Adamclisi region, Dobrogea.

Vifrana estimates that it achieved a turnover of 5.4 million lei last year. The company saw a 34% increase in the number of bottles of wine sold in the first quarter of this year, as well as a 97% increase in sales of rosÃ© wines.

Robert Trosten explains how to get a small business loan