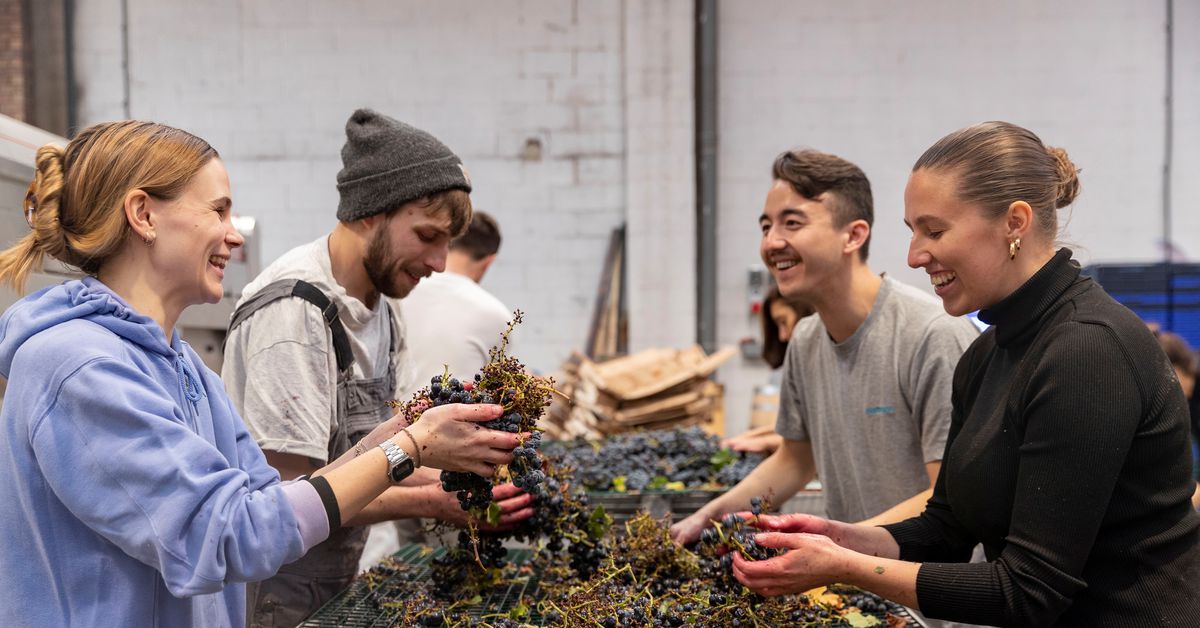 LONDON, October 27 (Reuters) – Winemakers are still hoping their customers will want to drink their wine. Not many people want them to help do it too.

As a startup, Renegade Urban Winery in east London has limited funds for a large workforce at harvest time.

“People are really eager to learn more about how wines are made, but also to meet people,” said founder Warwick Smith as volunteers hand-destemmed the fruit and then mashed it with their feet.

“People have been locked in their apartments for a very long time, so people are dying to go out and learn something new and learn about wine making and drinking.”

Smith created Renegade in 2016 and uses grapes from 15 vineyards in Britain and abroad. It produces 80,000 bottles a year, many of which are sold with labels featuring Londoners’ faces.

Volunteers de-stem grapes by hand at the Renegade Urban Winery in London, Britain on October 17, 2021. REUTERS / May James

He hopes that just as craft beer businesses have thrived in the capital in recent years, wine producers can thrive away from the vineyards producing the grapes that have so long been the center of the industry.

“There is no reason that in London you can’t really make brilliant wines as long as you buy brilliant fruit,” Smith said. “Craft beer has been made in cities for years, but no one wonders where the hops and malt come from.”

For the volunteers, the appeal of the project lies in meeting and learning new things – as well as the wine itself.

“It’s great to see how they make wine and to be part of this team is really great,” said Figen Yasan, 53.

Dominic Richards, 27, added: “If I get paid I’m going to spend my money on wine and food anyway, which cuts out the middlemen.”