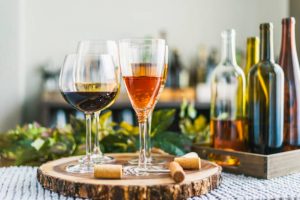 The war between Ukraine and Russia has led to escalating food and energy prices in Spain. To add to the woes of wine producers, the truckers’ strike has entered its third week, leading to widespread problems in the food industry in Spain.

Some dairy factories and breweries have been forced to halt production due to a lack of raw materials, while others have been unable to deliver their products to customers, Xinhua News Agency reports.

The Spanish Wine Federation (FEV) has warned that the country’s wine producers are currently facing a “perfect storm”, which threatens recovery from the coronavirus pandemic.

Meanwhile, the country’s Federation of Food and Beverage Industries (FIAB) said the transport strike resulted in losses of more than 600 million euros ($659 million) and put around 100,000 jobs at risk. .

“There are difficult times and times of uncertainty, especially after two difficult years due to the pandemic (COVID-19),” Bertol Izagirre of the Bodegas Gorka Izagirre winery told Xinhua.

The cost of bottles is expected to rise by 14%, he added.

Monica Penas, owner of Velverty Wines in the Ribera de Duero wine region, told Xinhua that there is “a general price increase for all materials, from capsules, corks and cardboard to glass, and there is has delays in the delivery of our products”.

“We have a lot of international customers, so it really affects us,” said Casilda Gurucharri of Bodegas Mas de Mancuso winery, which is exploring solutions such as greater focus on the domestic market.

However, at least some of the price increases will be passed on to the consumer, she added.

Prime Minister Pedro Sanchez announced on Monday that his government would put in place a series of measures to combat rising prices.