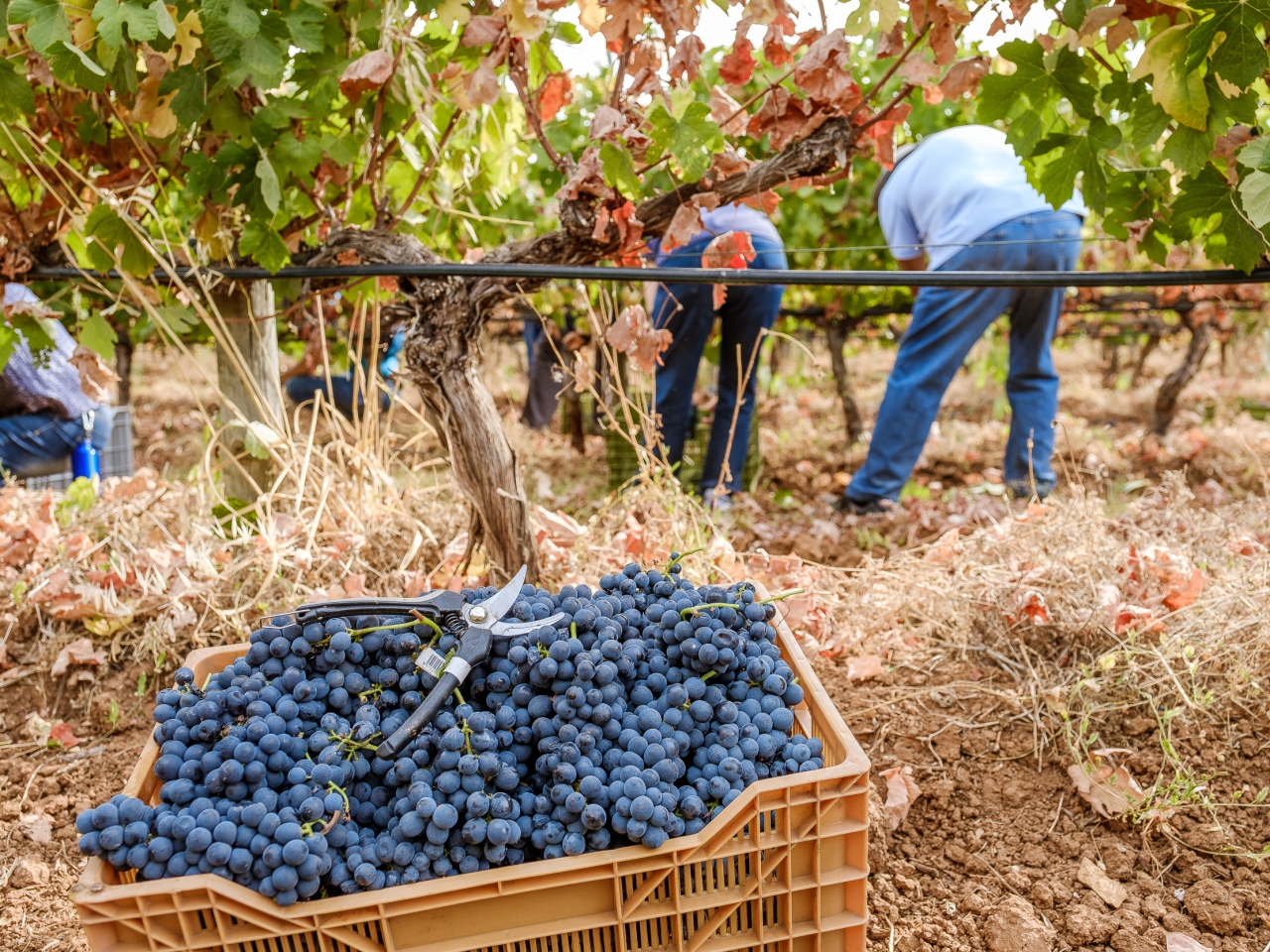 Wine production in the Algarve: a growing market

Wine has been one of our favorite drinks since ancient Greece.

Made from the fermentation of grape juice, wine is probably the drink that has brought the most joy to lunches, dinners and afternoons for many people around the world. With several variations, whether it be rosÃ©, white or red, as long as there is a bottle of wine on the table there will certainly be stories to tell and to remember.

The Last Supper was celebrated with wine and the celebration of the signing of the Declaration of Independence of the United States of America was toasted with Madeira wine, which shows the versatility of the drink, which can encourage a group of friends or have serious connotations and terminate contracts that have changed the world.

Portugal takes the position of one of the largest wine producers in the world. With wines of all qualities, Portugal produces wines that can appeal to all palates, all over the country and around the world. Portugal has wines of excellence recognized around the world such as Port wine, a wine that carries with it an immense history.

From the mainland to the archipelagos, Portugal has 14 wine regions that produce wines with varied characteristics, colors, aromas and smells. Over time, wine is no longer just an essential element to have at the table during a lunch, a romantic dinner or simply to cool off in summer. The wine has aroused the curiosity of many who claim to be experts in the field and search the most diverse cellars for wines with their favorite characteristics. Wine is produced all over the country and all over the country, it is not only the wine itself but also its production process.

In the Algarve region, wine production has gradually developed. The climatic and soil characteristics give the wines of the Algarve a unique identity. According to Jorge Santos, sommelier from the Algarve, the juice extracted from the grapes is processed using the most modern equipment, which gives the best quality to the final product.

In the Algarve, we mainly produce red, white and rosÃ© wines, each with very specific characteristics. Jorge Santos told The Portugal News that red wines from the Algarve have “aromas of ripe fruit”, with balanced flavors and can “age well in the bottle”. The whites, on the other hand, present notes of freshness which, according to the sommelier, go â€œperfectlyâ€ with the local cuisine. RosÃ©s have aromas of red fruits and can be accompanied by seafood or can also be drunk â€œchilled on a hot dayâ€.

Wine tourism has developed throughout the country and some vineyards have bet on this tourism, such as Quinta dos Vales, in the municipality of Lagoa, in the Algarve. In an interview with The Portugal News, AntÃ³nio FrancÃªs, director of Quinta dos Vales, admits that the future of the vineyard also depends on wine tourism. The bet in this tourist sector relates, for example, to the construction of 32 one bedroom, all of different dimensions, to accommodate young couples, without children or “with a small child”.

According to AntÃ³nio FrancÃªs, â€œthe Quinta dos Vales project is mainly based on honestyâ€. The wines are produced with the help of professional intervention on the part of the winegrowers, because “it is they who prepare the wine to reach the level of excellence”.

2020, as far as grape quality is concerned, has been an “absolutely exceptional year”, but the Covid-19 pandemic has changed the plans a bit, according to AntÃ³nio Frances “the surplus concerning what is sold” is one of the biggest problems of the year 2020, when white and red wines are in stock without actually being sold.

In the municipality of Lagoa, in Quinta da Vinha, Quinta Wines produces a monastic wine and won “the gold medal in Brussels” according to Dinis GonÃ§alves, the winemaker of Quinta da Vinha. The grape variety in question is Negramole. Although they were not pioneers in producing wine from this grape, Cabrita Wines were the first to produce Negramole in large volumes and to receive an award. Dinis GonÃ§alves says it all started with “a production of five thousand bottles”, now the production is around twenty thousand bottles per year.

Cabrita wines have the highest visibility in the Algarve, corresponding to “85% of sales”, however, the market is growing and 10% of sales are centered on the Lisbon region and 5% on exports, according to Dinis GonÃ§alves .

Like Quinta dos Vales, Quinta da Vinha does not focus solely on wine production. It was in 2016 that the managers of the Quinta created a program of guided tours, where it is possible to know the vineyards, the history of the Quinta and end with a wine tasting accompanied by tapas. Packages are tailored to customer preferences.

Sara Silva, president of the Wine Algarve Commission (CVA), told The Portugal News, that there are registered in the CVA “45 economic agents, with 38 producers who are actively bringing certified wine to the market”.

According to Sara Silva, the CVA, in collaboration with the producers, has carried out â€œan important job in promoting the wines of the Algarveâ€, whether it is present at wine fairs or at national and international competitions. The demand for the product mainly benefits from tourism in the Algarve region. Sara Silva underlines that demand is gradually increasing, “following the growth of the region in terms of producers and new brands”.
The CEO of CVA said in an interview with The Portugal News that “there are still myths to be debunked”, such as myths related to the alcohol content of wines, the quality and the price of the product. final. This work was done through training given to the end consumer and, in particular, to those who work in restaurants. Sara Silva pleads for the presence of wines in the hotel industry, because this would bring a lot of visibility to the product.
In general, all those involved in the production of wine in the Algarve believe in the potential of the end product and hope that Algarve wine will be recognized and consumed as it deserves.