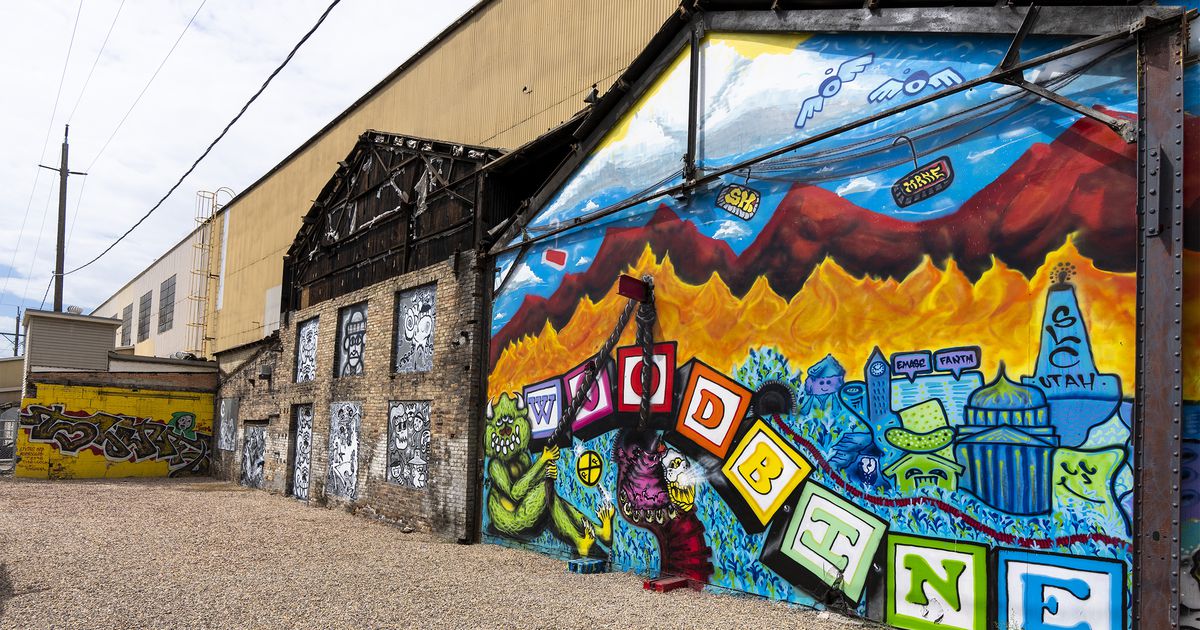 The Woodbine development now has a bar and four restaurants, but is looking to expand to offices and residences.

(Rick Egan | The Salt Lake Tribune) A mural outside the new Woodbine Food Hall in the Granary District, Tuesday, August 2, 2022.

Salt Lake City’s Granary district is noisy with the sound of jackhammers, cranes and dump trucks, and it seems like every block is surrounded by chain-link fences, as new buildings go up at a rapid pace .

The hall is in a building that dates back to the early 1900s, when it was used as a metal processing factory. The renovation of the building required a lot of structural reinforcement and rehabilitation; Howa said crews poured 18 inches of concrete to create the floor for the food hall proper. In the bar, the woodwork was all done by hand by carpenter Chad Perkins of The Furniture Joint.

As much as possible, Howa said, they left original elements: exposed brickwork, a large metal crane at the back of the building that was used in metal fabrication, and a piece of yellow-and-green diamond-patterned wall. Rico Bean and Tortilla. Factory who resided there from 2002 until evicted in 2020. (Rico found a new home after Woodbine bought the property).

The bar, operated by Howa, Reich and Coreth, and opened July 13, has a rooftop patio that overlooks the neighborhood, including nearby Kiitos Brewing and Slackwater Pizza. It’s only 21+; diners can bring in food from the lobby, but drinkers can’t take their drinks out of the bar.

“These are all Utah restaurants,” Howa said. “Some have never had brick and mortar, some this is their second or maybe their third location. We just wanted to build a community around this and bridge the gap between east and west .

Development plans call for each restaurant in the venue to be licensed to serve beer and wine, but customers must remain seated while drinking. Howa said they are working with individual restaurants and the state Department of Alcoholic Beverage Services to develop the licenses.

The space of the hall can accommodate around 200 people and the businesses on the left side of the hall, including 3 Cups, have walk-in windows so that customers can get takeout or takeout food. Howa said they will eventually install a big-screen TV in the middle of the hall, to show events such as baseball games and the World Cup soccer tournament (which starts Nov. 21 from Qatar).

Large glass doors at the back of the lobby open onto a covered, heated patio that faces a wall of murals painted by local graffiti artists.

“We want to do events like pop-up markets and have food trucks and stuff here,” Howa said. “We actually have a food truck that could be permanent. And we really want to activate the lane.

The food hall will be attached to a large multi-phase development, to be rolled out over the next few months, which will include offices and accommodation.

Overall, Howa said, the spirit of Woodbine is one of a community gathering place, a place where all kinds of people and flavors come together. (This includes beer flavors – the bar will feature different Utah beers each month, with new beers announced via Woodbine’s PageInstagram.)

Howa said Woodbine has two restaurants that are committed to moving in soon, but have left a few booths empty and would like the neighborhood to weigh in on what they would like to see in those spaces.

“We put on what we thought was great,” he said. “And now it’s up to the community to decide what they want.”